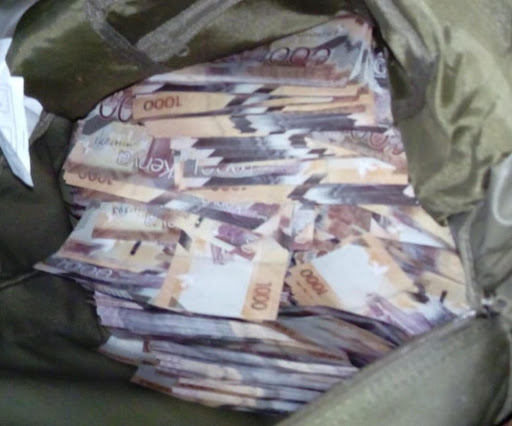 A court in Embu on Wednesday sentenced a young man to two years imprisonment or pay a fine of Sh 50, 000 for being in possession of fake currency amounting to Sh11, 000.

This was after Resident Magistrate Tony Kwambai found Teddy Mutungi guilty of the offence of being in possession of fake Sh1, 000 notes on July 11, 2021, within Manyatta Town in Embu.

According to the prosecution, the accused who had denied the offence and had been out on bond was arrested following a tipoff from a friend who he had duped in a business deal with fake notes.

Investigations officer, Richard Ruto told the court that they arrested the suspect while he was taking breakfast at a hotel within the town at around 10 am and upon search found him with fake Sh1, 000 notes totalling Sh5, 000.

He continued that the search was extended to his house where six more notes in Sh1, 000 denominations were discovered and the suspect was booked at Manyatta Police Station and the charges were preferred against him.

In mitigation, Mutungi pleaded for mercy, saying he was the sole breadwinner for his young family and also took care of his ailing mother.

His mitigation was however overruled with the magistrate saying the offence called for a stiff penalty to act as a deterrent.