• Gakara wanted to take his kids for lunch on Sunday and asked her about the best place to take them. 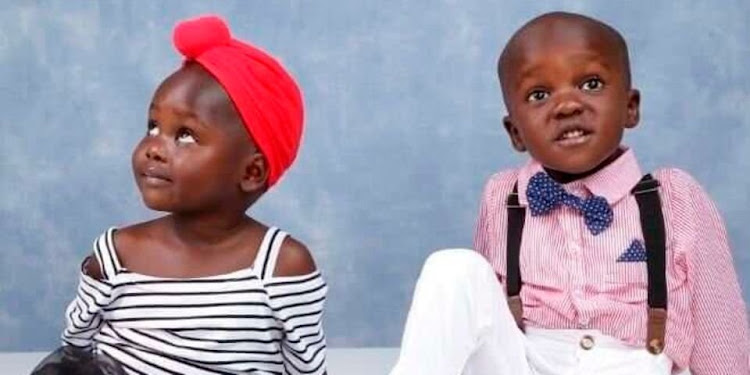 Children suspected to have been killed by their father
Image: Courtesy

Family members have denied reports that Dr. James Gakara from Nakuru had a fight with his wife on Saturday night before allegedly killing his two children and attempting suicide.

According to the relatives, his  wife was in Nairobi on the fateful day finalising her paperwork before joining Jomo Kenyatta University of Science and Agriculture (JKUAT).

His sister-in-law Roseline Odhiambo revealed that Gakara had agreed to meet with his wife Winnie Odhiambo in Thika on Sunday.

She said Gakara wanted to take his kids for lunch on Sunday and asked her about the best place to take them.

"Don’t come over, the children and I will pick you in Juja on our way to Mary’s place,” read the last message that Gakara sent to his wife on Whatsapp.

The family also denied reports that Gakara's wife wanted to leave for a trip abroad, saying that she does not even have a passport.

The gynaecologist took his last breath on Monday at the Nakuru Level 5 Hospital.

He is said to have attempted suicide after injecting his 5 and 3-year old kids with insulin.

"My GF paid all my bills and rent for 6 months!" Grateful Omanyala confesses

Ferdinand Omanyala is the man of the moment after his heroic performance this past week. For those who might not know who he is, let me give you a ...
Entertainment
3 weeks ago