Student conspires with her dad to dump infant into a latrine

Piece by: KNA by Absalom Namwalo

• The infant was found alive wrapped in banana leaves, engulfed with toilet maggots. 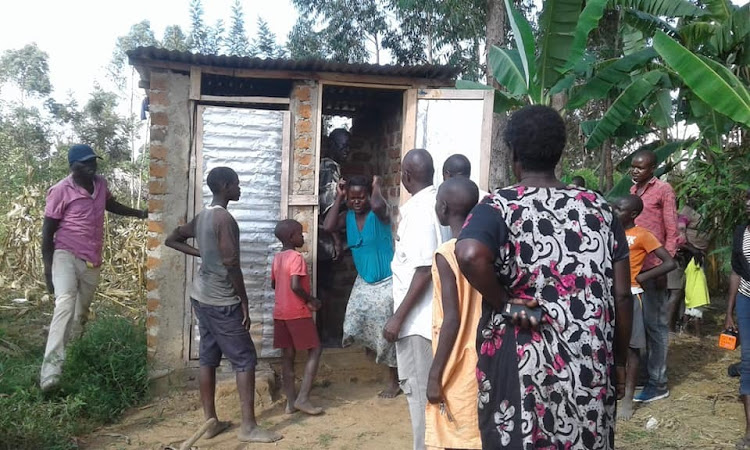 Medical student conspired with her father to dump an infant into a 20 feet latrine at Ong'aroit village in Asing’e, Teso South, Busia County.

Villagers are still trying to puzzle out the incident and the reality of who impregnated the girl or why the unborn child was not welcomed.

Police at Adungos arrested a medical student and a retired teacher for conspiring to kill a 2.8kg infant by dumping it into a 20 feet pit latrine.

The girl (name withheld), together with her father who is a retired teacher, were arrested to shed light, following an outcry from the public who heard the cries of a baby in the toilet and later informed the local administration, who took charge of saving the infant by the help of the public.The two will be arraign before the court next week, after police complete the investigation.

According to Willimina Inyaa, Asing'e Location Chief, the infant was found alive wrapped in banana leaves, engulfed with toilet maggots.

The infant was taken to Lukolis Health facility and later transferred to Busia Referral Hospital for lack of infant incubation machines at Lukolis.

She asked the relevant authorities to ensure that justice prevails and warned women from indulging in incurring unnecessary pregnancies.

The matter has since raised a lot of questions regarding the paternity of the child given that the deal to kill the innocent baby was planned by a daughter and his father.

Investigations are currently underway as locals call for justice to prevail on the matter.

“A medical student! If she's ready to kill her own she won't care about those Mama's in that delivery room. God have mercy,” said Melisa Amoit, one of the residents.

Willy Paul says that Miss P was interested in a love affair and got angry after he refused her advancements.
Entertainment
2 weeks ago