• I hope against hope that this may be the last time our people are dying out of a scramble for fuel from an overturned tanker. 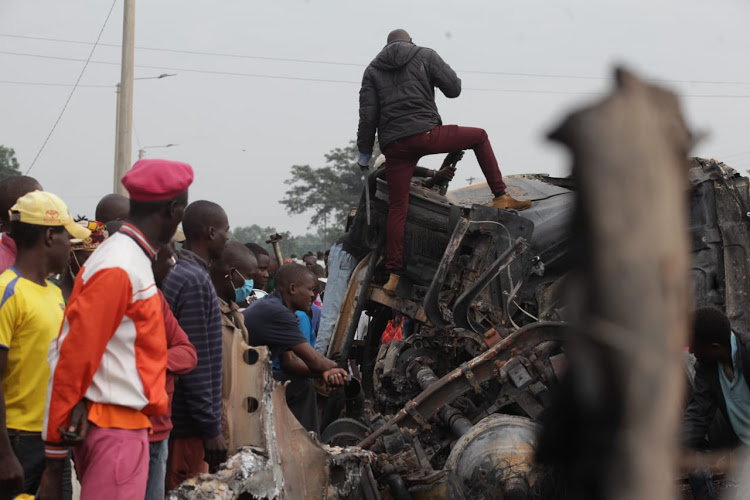 Raila Odinga has warned Kenyans to keep away from overturned fuel tankers after an accident that claimed 13 lives in Siaya County.

While sending his condolences, Raila warned Kenyans against such acts as its not the first time its happening.

"My condolences to the families that have lost loved ones in the Gem, Malanga accident. Quick recovery to those nursing injuries. May God grant you strength to cope,

As we mourn and reflect, I hope against hope that this may be the last time our people are dying out of a scramble for fuel from an overturned tanker; that our people may learn to run away, not towards such scenes in future," he wrote on his social media pages.

Raila also noted that it was not the first fuel tanker accident in the area.

"The scene of this latest accident is barely 10kms from Sidindi where a similar accident claimed tens of lives in 1998. Let’s learn and live."

The Saturday night incident occurred after the truck collided with another vehicle on a highway between Kisumu and Busia.

Residents had rushed to the scene with jerrycans to siphon fuel from the tanker when it exploded.

13 people died from the inferno, while 29 have been admitted to hospital.

Twelve people died on Saturday night after a fuel tanker burst into flames along the Kisumu- Busia road.According to Gem subcounty
Lifestyle
1 year ago