A woman who was ‘starved’ by her domineering husband over the course of 12 years claimed he wanted her to be able to fit into clothes designed for a seven-year-old child.

Catherine Hartley, 31, from Perceton, Irvine, was a size 12 when she married Matthew Hartley, however, her new husband wanted a wife who wore size zero clothes.

The pair met when she was 15 and he was 25. She said he pursued her by buying her cigarettes and alcohol. 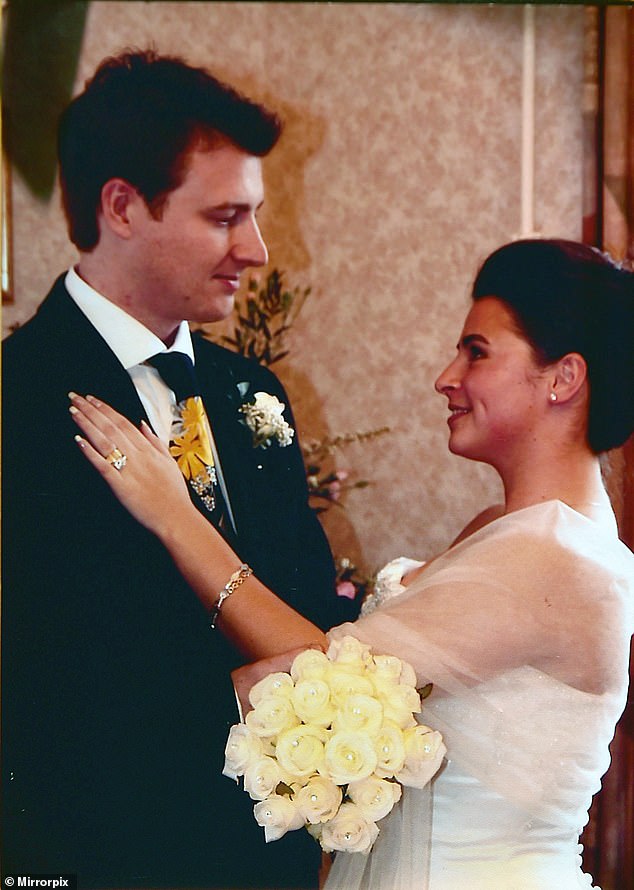 They married in October 2006, although this began a 12-year nightmare for Catherine as her husband began to control every aspect of her life, including what she was allowed to eat.

Hartley claimed he did not want a ‘fat wife’ and stopped her from eating healthily, to the extent that at one stage she weighed as little as five stone.

She told the Daily Record: ‘He said I was fat so he put me on a diet. He wanted a size 0 wife.

‘If I ate before I went to bed, he forced me to sleep on the sofa as he didn’t like the smell of food on me.

‘I ended up so thin that when I lay down on the mattress my bones hurt. In the end, I was wearing a girl’s age-seven clothes.’

Catherine said her husband was abusive during their 12-year marriage, grabbing her by the neck and lifting her from her feet.

On another occasion, he threw her across the room.

During one incident, he pulled off Catherine’s dressing gown after catching her smoking and pushed her onto a balcony in full view of workers in an office block across the road.

Later he installed CCTV in every room of the house so he could keep Catherine under constant surveillance.

When she was pregnant with her child, Hartley told her she was fat when she asked for a back massage.

Eventually, the couple separated in August 2017 before divorcing in April 2019.

After the separation, Catherine reported her husband to police for his behaviour.

However, he did not receive a custodial sentence and was given a community payback order with 12 months’ supervision as well as being told to sign on the sex offenders’ register for a year.

Catherine said this was too lenient for the years of torment she was subjected to by her husband.

She believed Hartley should have received a prison term for his actions, describing her married life as being in the film ‘Sleeping With The Enemy’.

She said Hartley destroyed her confidence and self-worth by his constant abuse and criticism, insisting that her ex-husband remained a danger to women.

How Bahati and Weezdom got Peter Blessing arrested – Witness audio

Issa Firearm Affair! Celebrities who’ve posed with guns but don’t own one!!

How fans mistake us for having “marriage issues” says Lulu Hassan

Sumbua tariff! Here are celebrities who when they sneeze,they trend

Bank otuch! Check out how much Lupita Nyongo spends on sneakers

Akothee talks relationship with manager, Zari and being sexually harassed

WUEH! Akothee Walks Around With Sunglasses Worth Millions (VIDEO)

When Babu Owino shot DJ Evolve, ‘no one came to help’!...

‘Bahati is mistreating my son because we are poor’ – Peter...

‘Please give me back my son’ Peter Blessing’ mum pleads with...

‘I have forgiven you’ Producer Paulo tells Bahati after having him...