I do not believe in marriage or love. It isn’t for me. And when I come across such stories, I don’t even feel some type of way any more.

Anyway, I was having a chat with my uncle when he brought up a post he had seen on Reddit in which a married man was asking for advice after his wife came and demanded she be allowed to have children with an anonymous sperm donor.
Only the donor wasn’t so anonymous; turns out the man knew whom his wife was hoping would impregnate her is known to the couple and is a young, handsome doctor.

The man’s wife, let’s call her Mary, was adamant she wanted a handsome sperm donor who would give her attractive children and she felt her husband, though he loves her, is going to give her unattractive kids.

The man refused to accept this logic but at this point, my uncle told me he would have to be a fool to remain married because she has already decided to do whatever she wanted. Sure enough, she was eventually revealed to have been having an affair with the doctor all along and she wanted her simp husband to raise another man’s children.

Check out how all that transpired below:

‘I was incredibly confused and asked her to explain, to which she explained that if the baby had genes of an incredibly attractive and smart man (tried not to be insulted at that) then he/she would live an easier life and be happier.

‘She’s not wrong in that more attractive people live life easy, but it’s just so hurtful to think that your wife doesn’t think you’re good enough to have children with.’

‘If I’m being objective, my wife is incredibly smart but not jaw-dropping beautiful and though she has a healthy fit body, her face is not perfect,’ he bluntly stated.

‘She is imperfectly perfect to me but she’s only a solid 6/7. I think her own insecurity might in part play a role since she struggled with not being a beautiful woman in her younger days and said how life is easier to be good looking.’ 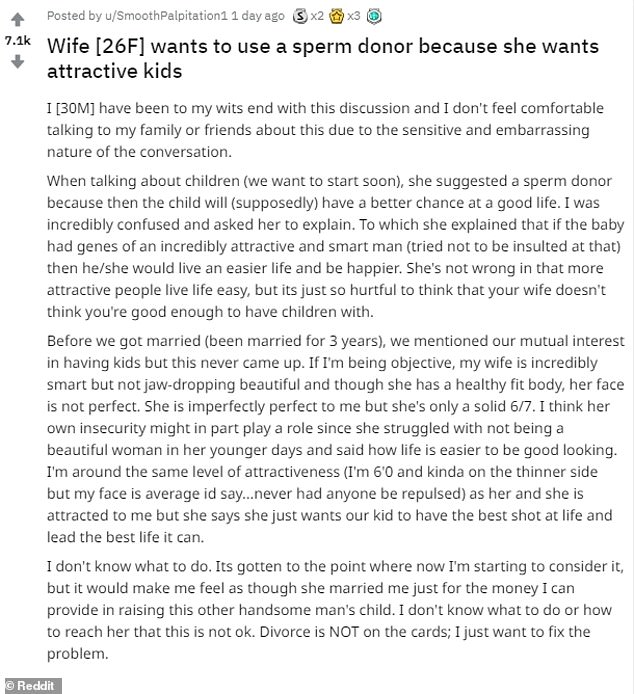 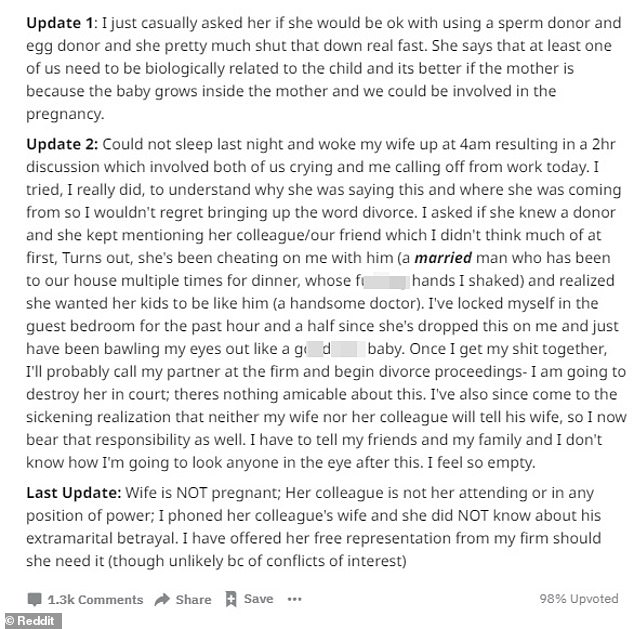 And the kicker is that she was focking the good doctor in their matrimonial bed.

Usiboeke Bure: List of the latest series’ to keep you entertained during quarantine

‘My lecturer got me pregnant and then dumped me,’ cries city woman

Mbegu Safi: Photos of kids to Mother-in-law actors and actresses

Unique ways in which women revenge on their cheating partners

The many times, Diamond prophesied break up with Tanasha and Zari

Usiboeke Bure: List of the latest series’ to keep you entertained during quarantine

Confessions Of A City Girl Who Uses Love Portion To Lure...

‘He survived being aborted!’ Size 8 reveals about gospel star