Joe Muchiri is the guy you need to call in case you’re having a bad day and just want a legit turn-up plan. If you follow him on social media, this is one guy who knows how to enjoy his life, Yolo-ing.

LJ Maasai alipata hiyo memo. Joe Muchiri was turning up at his local, 1824 and was later joined by LJ Maasai and Sport Pesa CEO, Ronald Karauri.

I am not one to judge but society dictates that once you go gospel, worldly pleasures should be out of the picture. Focus shift to God and God only.

This might not be the case for LJ Maasai. Turn up iendele. A few months ago, Bahati, another gospel artiste was questioned on the same. He is also one of the many gospel artistes you will find in a club.

I ONLY GO TO CLUBS WHEN I’M PERFORMING. When I’M CALLED TO PERFORM. NOT TO CHILL, PERFORMANCE. I’M GROWING IN A GENERATION THAT I HAVE TO GO TO THE PEOPLE AND GIVE THEM THE GOSPEL. HUYO NI MTU PENGINE SUNDAY HAENDANGI CHURCH. I KNOW I’LL REACH THEM ANYWHERE I’M CALLED TO PERFORM

Could this be the same case for LJ Maasai? Maybe he trying to reach that one lost sheep at 1824.

On to other news, LJ Maasai just finally opened his studio, TNC located along Mombasa Road, behind Nextgen Mall.

WORKED ON IT FOR MONTHS AND WAS COMPLETED ON 23RD MAY, WHICH WAS MY BIRTHDAY.

‘It cost me an arm and a leg,’ Ljay Maasai launches luxurious studio

Here is a picture of him turning up in 1824 alongside, Ronald Karauri and Joe Muchiri

Joe Muchiri who was a sound engineer and producer at Capital FM was accused o constant inapropriate social media post. Capital FM released a statement condoning such behaviors and promised to act on it. 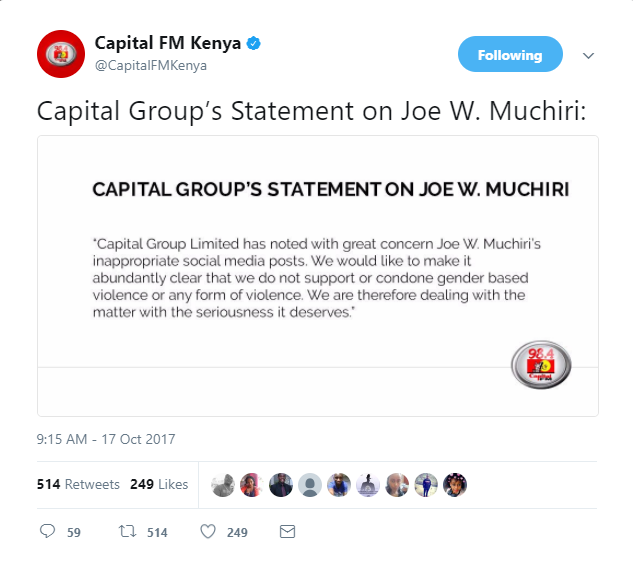 ‘Even on bad terms, you remain a good mum,’ Frankie celebrates Maureen Waititu on Mothers Day

Why you should not video call Kamene and Jalang’o

‘She lied,’ B Classic responds to pregnancy scandal

Diamond and Zari party together as Hamisa and Tanasha celebrate each...

‘She would be eight years,’ Actress Wilbroda speaks of suffering a...

‘I learned of my mother’s death two months after her demise’...

Why you should not video call Kamene and Jalang’o