The political season is in full swing and Senator Murkomen is not being left behind. Back in the day, Jubilee promised to build stadia in the country when it took power. I don’t know about any of you but I haven’t seen any.

Deputy President William Ruto sparked uproar when he updated Kenyans about the state of stadia under construction across the country.

It turned that the “Kamariny Stadium” the DP was talking about is in Elgeyo Marakwet County and not West Pokot. But does the stadium really exist?

Well, Elgeyo Marakwet Senator Kipchumba Murkomen took to Twitter to produce photographic evidence of the construction of the ultra-modern stadium. 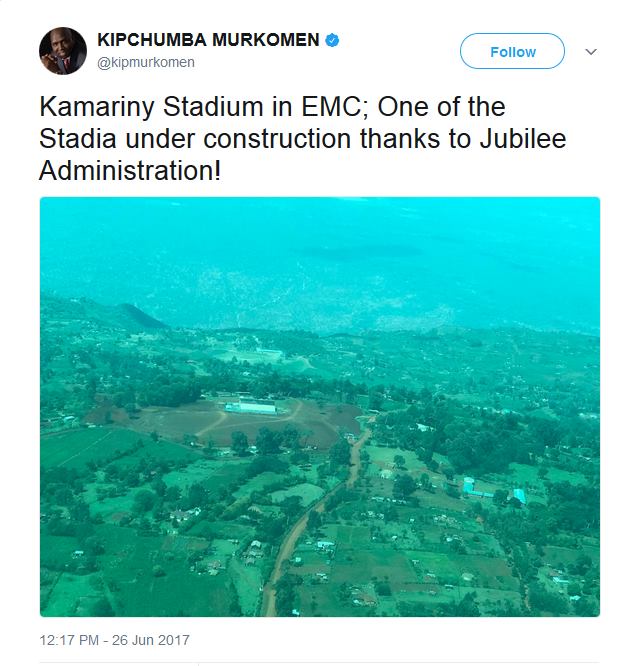 Let me know if you can see the stadium in question because I most certainly can’t. And neither could these guys it seems: 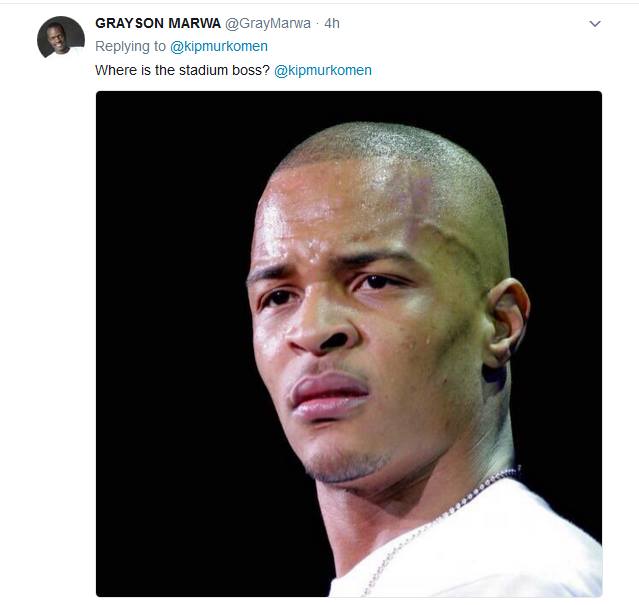 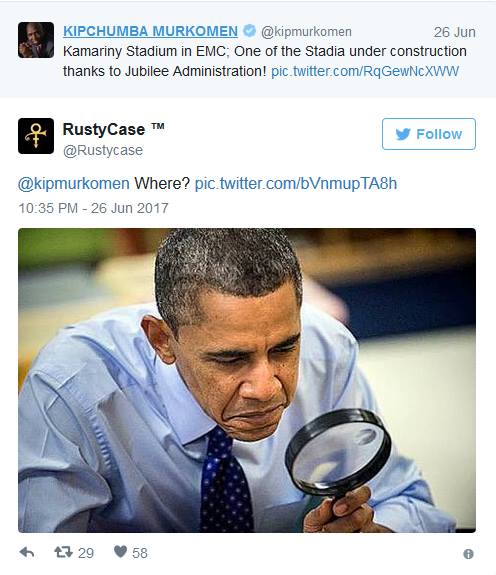 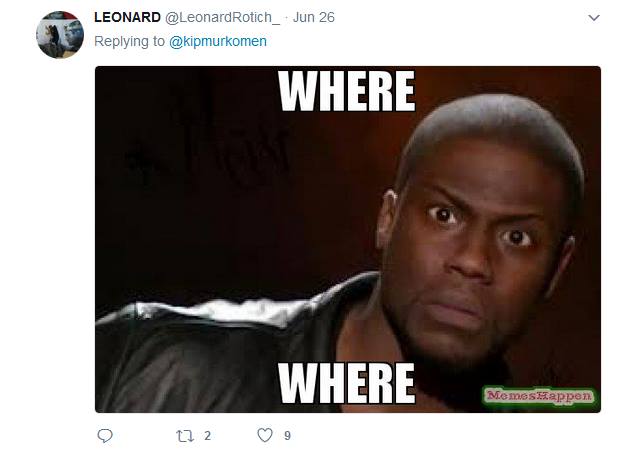 ‘… like fine wine every year,’ Simon Kabu proves Kikuyu men can be romantic

Sheila Mwanyigha to Amina Abdi: Celebs who have made a music comeback

Entanglement my foot! Jalango on why he can’t be in an open relationship

‘He knows my name,’ Zuchu opens up on why she cried after meeting President Magufuli