Rapping has given King Kaka a voice to speak to hip-hop fans in a way singers of other genres can't. 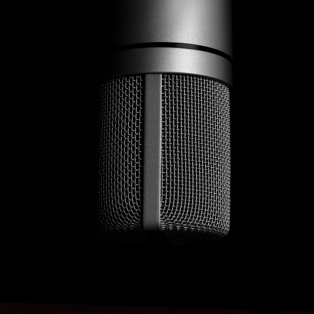 He is the new global ambassador for Bitcasino and is raking in the profits. Many people are asking who this guy is and where he came from. In this article, we digest the life of this famous rapper.

King Kaka’s real name is Kennedy Ombinna he is Kenyan rapper that has caught the eye of millions. Not only is he a rapper but he is an influential business man with many lucrative deals in the crypto industry.

The hip-hop industry and King Kaka

King Kaka is well known in the music industry in Kenya and identifies with music on a deeper level than most people would think. He focuses on his routes and his homeland in his music and this has given him a distinct voice that people can relate to.

Rapping has given him a voice to speak to hip-hop fans in a way singers of other genres cant. With this sphere of influence, he can reinvent hip-hop culture in Kenya, and it has a trickle-down effect on the rest of Africa and the world at large.

King Kaka has a unique story that sets him apart from other rappers, he had a difficult upbringing. For the most part, King Kaka was raised by his mother because his father died when he was still young. His mother sold fruits in the city to put bread on their table, and this is where he got his ‘hustlers’ ambition.

During this time King Kaka was coming into his own at his High School where he would organize high profile events to entertain his fellow scholars. He has always been attracted to the limelight and this has served him well in his endeavours throughout his career.

His success up until now

Besides a wonderful rapping career, he has excelled in other departments. In 2012 he launched his clothing line named Niko Kwa Jam Nakam. This brand has become well known over the years and is still raking in the profits for the megastar rapper.

After his success with the clothing line, he further diversified when he launched his purified water company in 2015. He used his music brand name Kaka Empires Majik Water to promote his new venture, and this paid divined as this company was also very successful.

Now with one of his latest endeavours sees him being the ambassador of bitcasino.com. Because of the deal with bitcasino, he was flown to London and watched a game between Arsenal and rivals West Ham at the Emirates Stadium. The rapper said in an interview that he was served by a private chef in the stadium and had access to unlimited drinks and snacks. Moreover, they booked him into the Hilton Hotel where he had a wonderful time. The thing on everyone’s mind is what are King Kaka’s favourite slot games and how do we reach his net worth of $5 million.

Through all his success he has stayed a family man. He was recently blessed with a healthy baby boy and said on social media that a new king was born. This isn’t his first child he has three children altogether one with his former wife and two with Nana Owiti who is his current wife. Now that he finally has a boy things are looking very good for the famous rapper and his wonderful family.

What does the future hold for King Kaka?

The future looks very bright for King Kaka after landing the double sponsorship deal with bitcasino. He will be promoting the perks of being a bitcasino player and how they are revolutionizing the VIP experience. He is still very hush-hush on his other plans for the future but whatever it is we know he will deliver.

King Kaka has certainly made a name for himself in Kenya and is busy conquering the world one day at a time. He makes music that resonates with a whole genre while still working on his business. He is a real model for Kenyans and musicians around the world and we wish him nothing but success.