A cheat is a cheat so they say, that is the case for some prominent Presidents who have been caught in cheating scandals some with underage girls.

Here is a list of Presidents who cheated on their spouses.

Hillary Clinton has opened up on a few rare occasions, including on one episode of The Tyra Banks Show about her husbands straying ways.

Claiming she’s never doubted that her husband loves her, and crediting her resilience to her faith, she told Tyra,

Hillary’s advice to other spouses in her situation?

You have to do what is right for you — and that may not be what anybody else believes.

Two years after walking out of Victor Verster Prison in 1990, Mandela announced that he was seeking a divorce from Winnie Madikizela-Mandela.

She was having an affair with a younger colleague, Dali Mpofu, he said.

But the couple’s problems ran deeper, Mandela said. His wife only entered his bedroom when he was asleep.

They had barely spoken in months. And since his release from prison, he had been “the loneliest man.”

He may not be a president but former Italian Prime minister Berlusconi, was at the centre of a media storm pressuring him to explain his relationship with 18-year-old Noemi Letizia.

The flamboyant billionaire met the pretty blonde when she was 17 and attended her coming-of-age party, offering her a gold and diamond necklace priced at 6000 euros (Ksh 691,133).

The estranged wife responded saying “I have always loved Berlusconi and I built my life around my marriage and my family,” said Lario.

The rumour that they were both cheatings started on Twitter, then to blogs and websites everywhere.

Bruni is alleged to have fallen for a popular singer named Benjamin Biolay, six years her junior.

Sarkozy, on the other hand, was alleged to have dated  Chantal Jouanno, his ecology minister and a karate champion.

5. John  F Kennedy
John F. Kennedy remains one of America’s most respected and admired presidents more than forty years after his assassination.

Marriage drama! Njugush kicked out of the house by wife, Celestine

In his book the Dark Side of Camelot, writer Seymour Hersh alleged the late loved too many women. The book described in detail Kennedy’s womanizing ways. 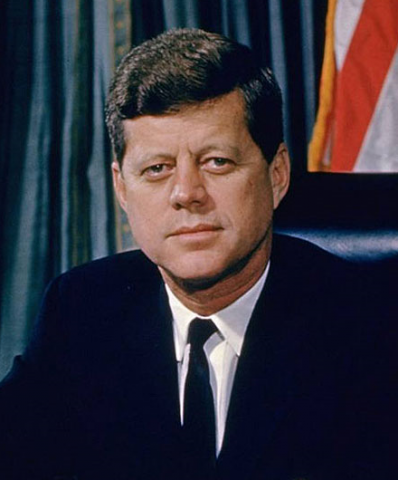 Hersh relayed how Kennedy frequently used the Secret Service to help him smuggle women — it was often more than one — into the White House for daily trysts.

Kazi ni Kazi: Celebrities who worked in a mortuary before fame...

‘There’s nothing like sibling rivalry, it’s a cover up for jealousy!’...