The musician is famous for Tano Tena song

• Githae requested Gachagua to invite them for a dialogue promising to work with the government. 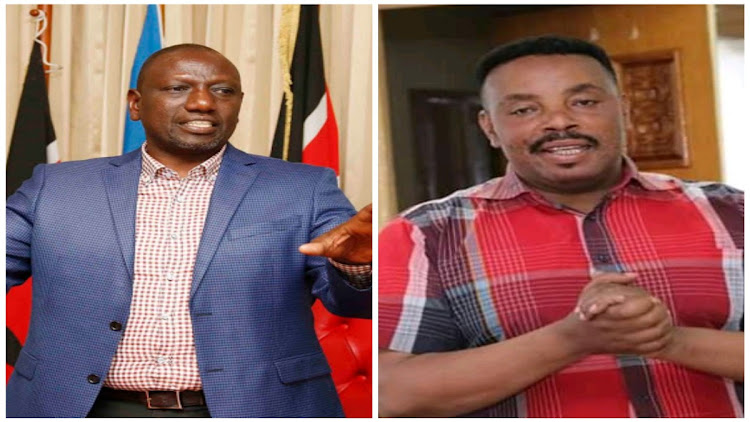 Gospel singer Ben Githae has joined Willian Ruto's party Kenya Kwanza. Speaking at the burial of Nyokabi Kuria in Gatundu, Githae said that he was undecided about attending the burial after he was informed that the head of state would be attending.

"On Friday, I went to visit CS Moses Kuria and I was informed that you (Ruto) will be coming. I asked myself whether I should come so that we meet or not," Githae said.

Githae added that he joined other Kikuyu artistes who had been campaigning for Azimio in the last general election to ask for forgiveness.

"I said I will come and face you and tell you we want to move on after the other side failed," he stated.

"We were many who were supporting Azimio but we are here today. Sir James and Kigia are also here."

Githae asked President Ruto to also welcome them back as he had done in the Nyanza region despite not voting for their party.

"You visited Nyanza and said that 99% did not vote for you but you welcomed them to join you. In your house, there are many mansions. In Central, we are only 20% percent that did not vote you," he explained.

DP Gachagua had earlier called out Kikuyu artists that had abandoned UDA party during campaigns saying many were after money.

Githae requested Gachagua to invite them for a dialogue promising to work with the government.

"Riggy G, you called all Jubilee MPs for a dialogue, please also call us who had abandoned you so that we can talk to you. We have good news for Mlima Kenya," he said.

Deputy President Rigathi Gachagua has called out Kikuyu artistes who did not support UDA party during the last elections.
Politics
4 days ago

'We lost but stop mocking me,' Ben Githae tells netizens

Ben Githae- "I am requesting you people to stop mocking me when you meet me out here about politics."
Entertainment
3 months ago