"Why should I stop," Nyamu replied to a fan who wanted to know if he really stopped drinking alcohol.

• Last year, Nyamu swore that he had stopped drinking alcohol following the Dubai saga where he said alcoholism was what sent him to bring shame on the Samidoh show. 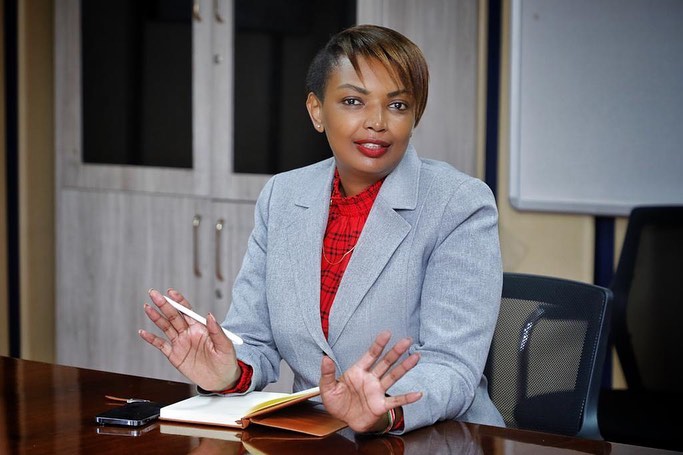 Nominated senator Karen Nyamu has indicated that she cannot stop drinking alcohol despite previously swearing that she has stopped using any intoxicants following the scandal that happened in Dubai involving her, Samidoh, and Edday Nderitu.

Nyamu put a post on her Facebook page quoting a passage from the Bible asking people not to be slaves.

That's when one of her followers, who is also a politician, asked her a question wanting to know if she stopped drinking alcohol.

Nyamu replied that she tried to stop but had since evaluated the reasons for her to stop drinking alcohol and didn't find any.

“We were bought at a price; Do not be slaves of Humans. - 1 Corinthians 7:23. I wish you all the best and God's blessings," Senator Nyamu had written. 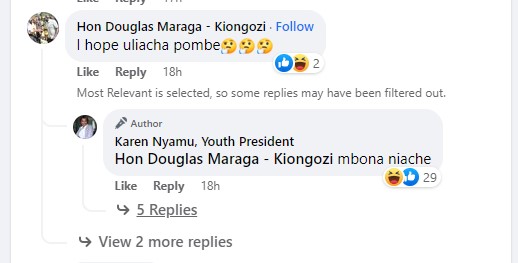 At the end of last year, after the drama in Dubai, the lawyer went to a live session explaining her actions.

Nyamu, who was at the centre of an argument with the baby's father, famous Mugiithi singer Samuel Muchoki aka Samidoh blamed being drunk for her bad behavior.

During the incident, the mom of 3 had gone to the table where the singer was sitting with his wife and sat firmly on his lap. In another clip, she is seen jumping on stage and dancing while her baby daddy performs.

The act of causing a brawl in Samidoh's show led to problems leading to her being called before the disciplinary committee of the ruling UDA party that appointed her to the senate.

Some of her fans feel that not only has she broken her promise to stop drinking, but she might also go back on her words that she will never get back together with Samidoh.