The cute nickname that Ann Waiguru's family calls her

The governor was speaking to NTV's Zainab Ismawel on NTV

• Waiguru gets candid about family and political life.

• Her political ambitions began at age 28. 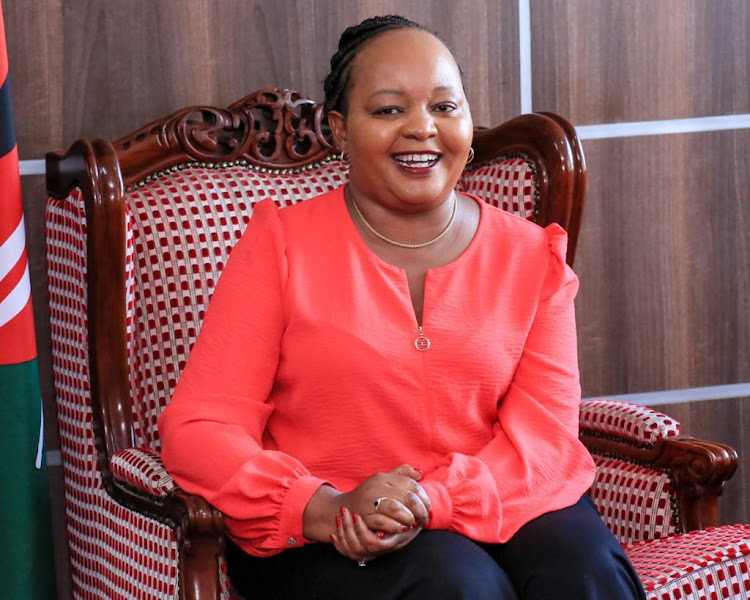 Kirinyaga Governor Ann Waiguru says her friends and family call her 'Hunny' and not Waiguru as Kenyans refer to her.

In a tell-all interview, Waiguru said that the cute name 'Hunny' is what family and friends call her.

"Waiguru is just my political moniker. Even my friends at home don't call me that. I have a nickname and it's 'Hunny' which I got from university. Some of them also just use my first name instead," she said.

The cute name was crafted at University where her schoolmates created it.

Ann Mumbi Waiguru said, "I am a wife a mother a sister a friend to many and a politician."

Ann recalled wanting to be a PS at the age of 28 and doing her best to get to the said political position.

"I worked in the development world coordinating plans with parliamentarians. An opportunity came and I was seconded to Kibaki's government."

This to her has been the most fulfilling thing.

Waiguru also revealed that she is a mother of six children.

Back in 2020, Kenyans got to see a rare picture of Waiguru aka Hunny with her three sons; Ian, Don, and Wabu from her previous marriage.

We saw the children once again during the swearing ceremony after she was elected for the second time as Kirinyaga Governor.

The other three children could be from her blended family after marrying lawyer Waiganjo Kamotho.

Wavinya Ndeti: 1st gentlemen should be respected and facilitated

Wavinya Ndeti, the Machakos governor has weighed in on the wrangles that have rocked Meru county.
Politics
3 weeks ago

Wavinya Ndeti: I don’t dress cheap, I have taste