His sentiments, came moments after the Senate confirmed to have received the impeachment of Meru Governor Kawira Mwangaza on Thursday.

• He claimed that he would not want to become a governor because of always being at the mercy of the other leaders.

• The second-term Senator said the governors still suffer when their impeachments come to the Senate. 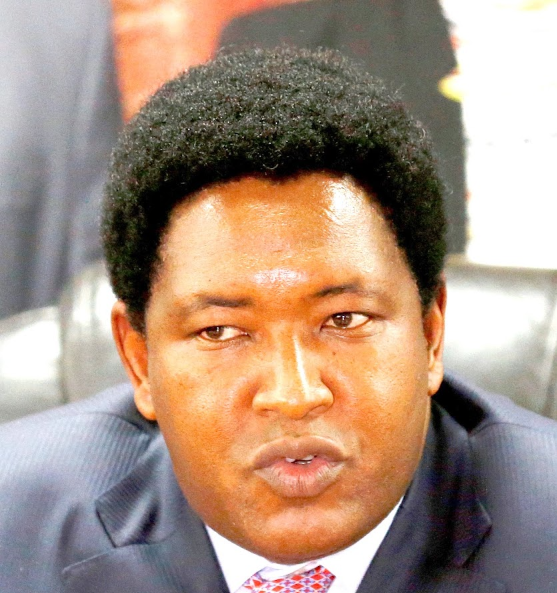 Ledama Olekina. He has said he would never want to be a governor.
Image: The-Star

Narok Senator Ledama Olekina has said that being a governor is the worst job ever.

The legislator on Thursday said a governor is always at the mercy of MCAs no matter what.

"Being a governor is the worst job ever. You steal public money. You are always at the mercy of your MCAs if you piss them off they decide it’s time for you to go," Olekina said.

The second-term Senator said the governors still suffer when their impeachments come to the Senate.

He claimed that he would not want to become a governor because of always being at the mercy of the other leaders.

"When the Senate agrees with them you rush to court while those who employed you are left suffering - Mimi sitaki!( I don't want)," Olekina said.

His sentiments, came moments after the Senate confirmed to have received the impeachment of Meru Governor Kawira Mwangaza on Thursday.

Senate Speaker Amason Kingi will convene a special sitting for the senators to consider the impeachment.

In a statement on Thursday, it was indicated that the Meru county assembly has already brought the impeachment documents to the Senate.

Kawira who was elected as an independent candidate was impeached on Wednesday after 67 out of 69 MCAs voted to send her home.

The MCAs wanted her out of office over alleged gross misconduct, the appointment of her husband to the county office and claims over the dismissal of county officers.

Following impeachment, the law states that the county assembly should notify the Senate within two days.

During this period, Governor Mwangaza will continue to perform the functions of the office pending the outcome of the proceeding as the law indicates.

Within seven days after receiving notice of a resolution from the speaker of the county assembly, Senate Speaker Amason Kingi is expected to convene a sitting to hear the charges against the governor.

As anchored in the county government act, the Senate will vote to have the governor face the whole house or a special committee on her impeachment.

The governor shall have the right to appear and be represented before the special committee during its investigations or the whole house.

The Senate will then vote to either uphold or overturn the impeachment.

Meru Governor Kawira Mwangaza is staring at impeachment after MCAs approved a motion to kick her out of office.
News
1 month ago

A comment by President William Ruto’s daughter Charlene Ruto that she runs an office of the first daughter has elicited diverse reactions.
Entertainment
1 month ago
WATCH: For the latest videos on entertainment stories