According to Kanchory, Junet ran a one-man show and the former Prime minister

• Kanchory who opened up on intrigues that led to Raila losing the presidential polls said he could not have lost had it not been for actions of three individuals.

• Junet ran a one man show and the former Prime minister sided with everything he said, even when he could clearly see it was wrong. 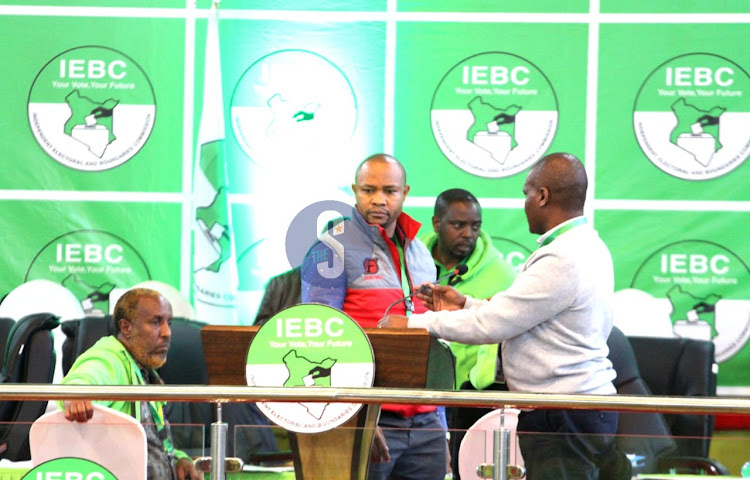 Saitabao Kanchory, the chief agent for Raila Odinga's Azimio party during the August general elections now claims that the ODM only listened to one person - Suna East MP Junet Mohamed.

In an interview on Sunday night, Kanchory who opened up on intrigues that led to Raila losing the presidential polls said he could not have lost had it not been for the actions of three individuals.

"We could not have lost this election if it weren't for three people. The first one is Junet Mohamed, the second is Joe Mucheru and the third is Makau Mutua. These are people I have worked with and respect but in terms of responsibility, they take the highest responsibility," he said on NTV.

According to Kanchory, Junet ran a one-man show and the former Prime minister sided with everything he said, even when he could clearly see it was wrong.

"The only person Baba would listen to without question was Junet. Even if you had truth and you told Baba and Junet comes with darkness, Baba would side with Junet," he said.

"Junet Mohamed is one man who purported to know everything and he nullified everything everyone said and also made sure he kept people who could have helped Baba (Raila) at arm's length. He ensured nobody came close to Baba who would have helped him."

Kanchory claimed that former ICT CS Joe Mucheru's role in the Azimio campaigns was to sabotage agents' management system and he succeeded in doing that.

"Every letter I signed, he ensured the people printing were his people and made sure it reached the intended people late."

Mucheru, however, denied the claims saying that his only responsibility was to ensure there was media coverage and connectivity for the transmission of the results.

He also alleged that things started going south when Makau Mutua who was the Azimio spokesperson was put in charge of the presidential campaign command centre.

Former President Uhuru Kenyatta intends to step down from his position as chairman of the Azimio la Umoja One Kenya Alliance.
Entertainment
1 month ago

Speaking in Kakamega on Thursday, the head of state said Atwoli had asked people of his home area to cut trees at the but that was now in the past.
News
1 month ago