• She revealed this when speaking to an audience about her thoughts.

• Dorcas has described a twist of events that stopped her. 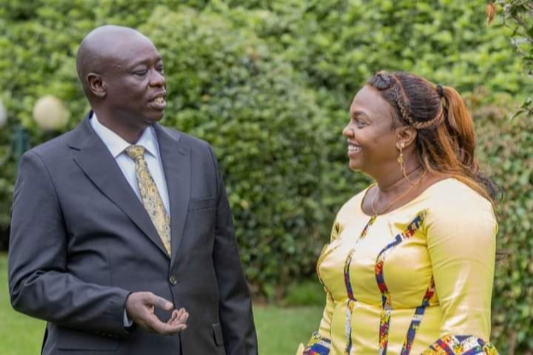 Rigathi Gachagua with Dorcas Gachagua. Why the deputy president wishes he had more children
Image: The-Star

Dorcas Gachagua, the wife of Deputy President Rigathi Gachagua has opened up about being suicidal. The Pastor told an audience that this was before meeting her popular husband.

Speaking to popular city preacher Kathy Kiuna, Dorcas told an encounter with Rigathi stopped her from carrying out her thoughts.

"I was a student at Kenyatta University. It was an interesting day  because I had contemplated suicide."

Her mother had an incident at home that put Dorcas in that situation. According to the DP's wife, there was a gas explosion in their house and two children were burned after the cooker exploded.

Dorcas's mother was blamed for the incident.

She added; "On that day I was wondering why I had done all these things for my mother instead of using money for something else. She was crying because of it and I felt I wanted to die."

This put feeling of guilt on Dorcas because she had bought the gas cooker with her allowance for school.

To help Dorcas feel better, a friend invited her to Kabarnet Gardens where the late President Moi had a function.

She took the opportunity to go and clear her mind. At Kabarnet Gardens, a man was writing down the names of those attending. The man was Mr. Gachagua.

"He was wearing a brown suit and brown striped tie. He said hello."

Dorcas did not pay mind to the man and continued to walk into the function. "All I ever wanted was to take care of my mum."

Dorcas wanted to meet Mr. Moi; "I saw an opportunity and so I threw myself at him wanting to be shot and end this matter," the mother of two added.

When the late President Moi saw her running towards him, he encouraged it and told her that they should meet the following day to talk about what was troubling her.

"They came for me at Kenyatta University and took me to State House where he gave me great lessons about life."

Dorcas said that the late Head of State encouraged her to hold on, as sometimes life works out differently, and over the next two weeks he mentored her.

"He was like a father to me. He gave me my sense of life and dignity." 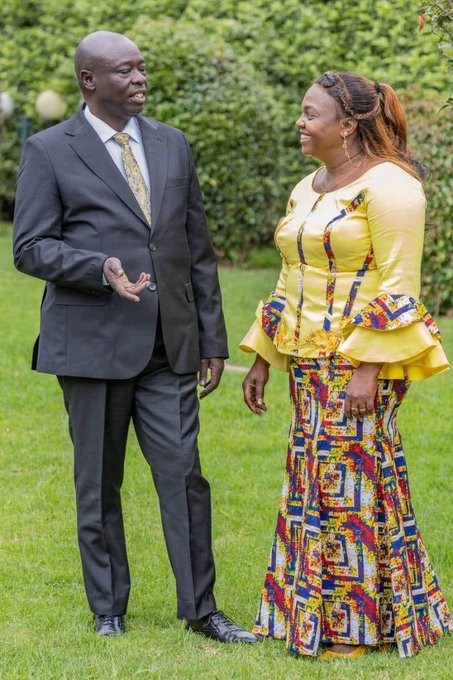 During these meetings, she met Rigathi Gachagua several times. "I think he had his own issues and needed to see the president and so he came with his mother."

His mother noticed Dorcas and then told Rigathi not to leave her behind because apparently, he wanted to be with a graduate.

Rigathi pursued her for a long time but she avoided him. "He would come to every dorm asking people if they had seen me. Finally, we met and the rest is history."

Dorcas said she doesn't know who "put each other in the box."

What did Dorcas love about Gachagua? She praised him for being very aggressive, hardworking, and the love he had for his parents.

Recent photos of the rapper Msupa S have elicited pregnancy rumours. In her wedding photos, Msupa S tummy is somehow protruding in her white
Entertainment
2 months ago

Following rumors that Alami had jumped off a building along Thika Road, Noti Flow told that "the family is kindly requesting for privacy
Entertainment
3 months ago
WATCH: For the latest videos on entertainment stories