He said that the county will conduct raids soon 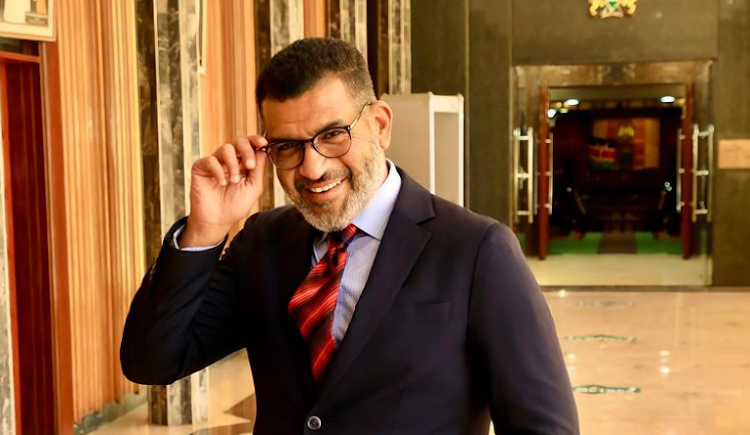 Abdulswamad Nassir, the Mombasa Governor has declared war on noisy clubs and bars operating in residential areas in the county.

Addressing the media in his office on Friday, Nassir said that he will not allow people to be disturbed by the noise coming from some of the bars and clubs operating in residential areas.

“If you know that you are operating a club or bar business in a place close to a religious institution, education institution, or residential areas, know that we are not going to allow that,” said Nassir.

The Governor announced that beginning Monday next week, the county through sub-county administration shall commence public participation forums across the six sub-counties of Nyali, Kisauni, Likoni, Mvita, Changamwe, Jomvu and Likoni to collect views from affected persons.

Nassir said that the county will provide a time frame for bar and club owners to regularize their businesses, after which stern action will be taken against those who fail to comply.

He promised that the county will conduct raids soon after the compliance period elapses to flash out those who will have failed to comply.

“This matter involves three people, the business owner, the landlord, and the rogue clients. I assure you that we have the equipment to measure the sound level. Those who will be found to have gone beyond the approved decimal levels will be apprehended,” Nassir said.

“We will be a county with order and dignity, we want people to enjoy their holidays with a lot of comfort and dignity.”

At the same time, Nassir put on notice property development owners who failed to resubmit their building plans in the regulation period issued by the county that elapsed on Saturday.

On November 17, Nassir ordered all construction works in Mombasa to stop and all developers to resubmit their plans and designs for re-approval from the county.

This was after he received a preliminary report from the Building taskforce he constituted to take a look at the status of buildings and construction in Mombasa.

A total of 97 buildings were found to be built without the county’s approval with another 67 buildings found to differ from the designs and plans submitted for approval.

Three buildings that the county had issued stop orders were found to be illegally continuing works.

“I want to congratulate those who heed the notice, for those who failed to do so, you are doomed. I have already instructed the inspectorate department to arrest anyone found working in any construction site we issued with a close order,” Nassir said.

He reiterated that no time will be added, saying that public interest supersedes the interests of a few selfish individuals.

“We will not relent until we ensure Mombasa is a city of order, we won’t allow individuals to put the lives of Mombasa people at risk,” he said.

Mr. Ndung’u said music has three aspects—message, entertainment, and business—the latter being the most important for the artiste.
Entertainment
2 months ago

The governor also directed that no other licenses be issued or renewed for operators of such businesses in the city’s estates.
News
2 months ago

Ombeta schools Sakaja about the law