Gachagua handed a back pack bag loaded with the cash

• Gachagua topped up with Sh1 million.

• Ruto was in October 2020 blocked from worshiping in the church. 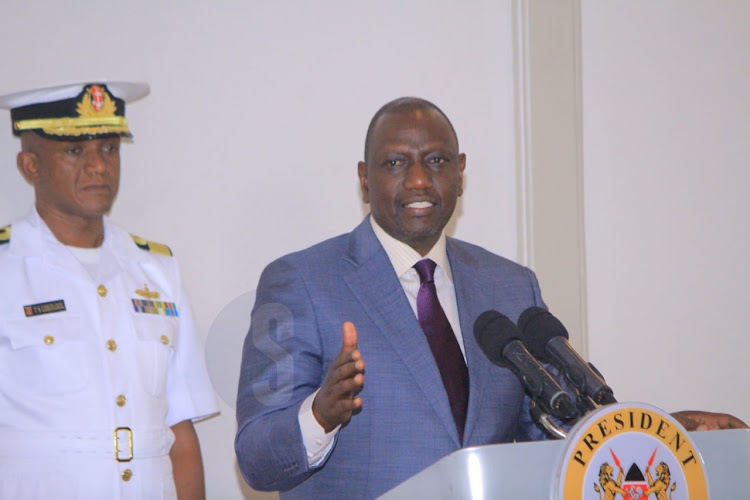 Head of State, William Ruto has given a personal donation of Sh 4 million to the AIPCA Kenol Church, in which worshipers were teargassed two years ago.

Rigathi Gachagua, the Deputy President, who is representing the President at a thanksgiving service at the church, delivered the good news on Sunday.

Gachagua also gave his personal contribution of Sh 1 million and handed a back-back bag loaded with cash to the church bishop.

The money will go towards refurbishing and equipping the church as the President promised when he attended a thanksgiving in the same church a week ago.

“The president sent me with Sh4 million, I also added sh1 million,” Gachagua said in his speech spoken largely in Kikuyu language.

Last week Ruto apologized to the church for the incident where police lobbed teargas outside the church in 2020.

Ruto, then the deputy president, was supposed to attend a harambee at the church. Chaos had preceded his arrival at the church event, with rival youth groups clashing in Kenol town.

“I am happy to be back in Kenol. The last time I came, we found police at the church podium lobbing teargas. The devil is very proud and had become notorious at the time,” Ruto said last week.

Martha Karua and Activist Khelif Khalifa have challenged the Supreme Court decision on the presidential petition at the East African Court of Justice.
Politics
1 month ago