He will become the UK's first British Asian PM and at 42, the youngest in more than a century

• Rishi Sunak will be the UK's next prime minister after Penny Mordaunt dropped out of the Tory leadership race in the final minutes before nominations closed.

• Sunak will succeed Liz Truss seven weeks after she defeated him in the previous Tory contest. 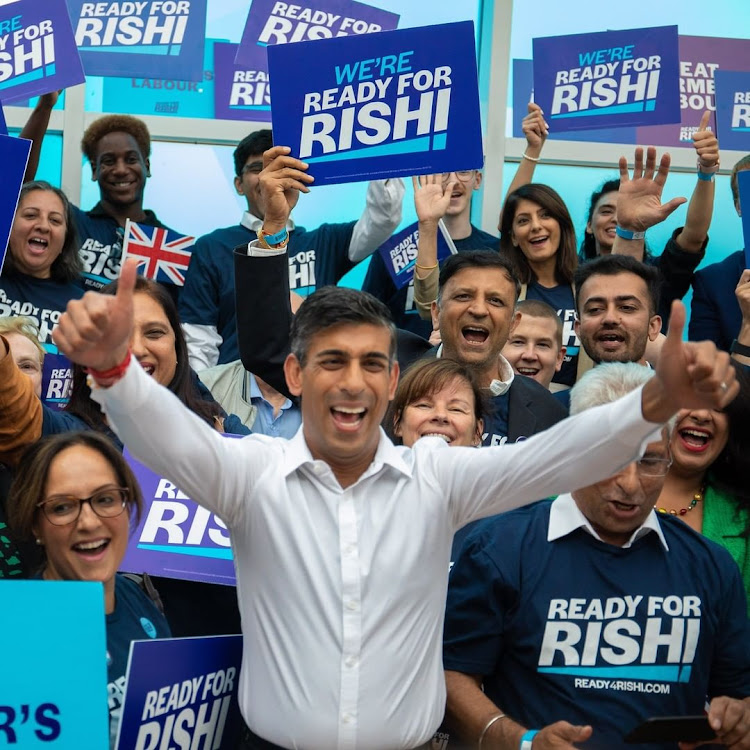 Rishi Sunak will become the UK's first British Asian prime minister after his only remaining rival pulled out of the Tory leadership contest.

Almost 200 Conservative MPs publicly backed the former chancellor ahead of the nomination deadline on Monday.

It means Mr Sunak will succeed Liz Truss to become the youngest PM for more than 200 years.

The new PM is expected to take office within the next few days now the result of the Tory leadership contest has been confirmed.

Mr Sunak is due to make a speech to MPs after the result was announced by Sir Graham Brady, the chairman of the 1922 committee of backbench Tory MPs, at 14:00 BST on Monday.

King Charles III will appoint Mr Sunak, who will take over from Ms Truss following her resignation just 45 days into her tumultuous premiership last week.

Ms Sunak's effective coronation as Tory leader caps a rapid political comeback by the former chancellor, after he lost out to Ms Truss in the last leadership contest during the summer.

Opposition parties have been clamouring for a general election, arguing that Mr Sunak does not have a democratic mandate to become prime minister.

The next general election is not due to take place until at least 2024, after the Conservatives won a landslide majority in the last one in 2019.

Putin not invited to Queen's funeral

The Queen's funeral on Monday is set to be one of the biggest gatherings of royalty and politicians hosted in the UK for decades.
Politics
2 months ago

Charles III has been proclaimed as king at a ceremony at St James's Palace. Charles became king immediately, following the death of his mother
News
2 months ago