His wealth is distributed in the form of houses including rentals in Nairobi and dairy and beef farming.

• According to Chelugui, his wealth is distributed in the form of houses including rentals in Nairobi and dairy and beef farming. 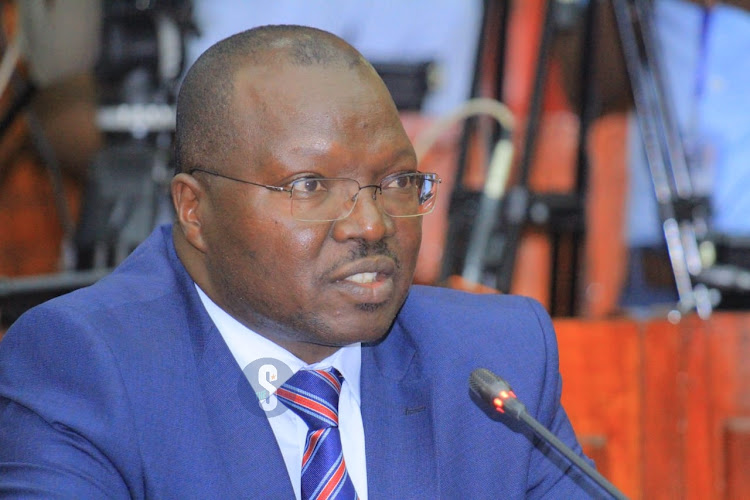 Simon Chelugui the Cabinet secretary nominee for Co-operatives and Micro, Small and Medium Enterprises Development has revealed that he is worth Sh993 million.

According to Chelugui, his wealth is distributed in the form of houses including rentals in Nairobi and dairy and beef farming.

"Mr Chairman I am worth Sh993 million. I have a dairy plant, I have houses - the residence that I live now and rental houses in Nairobi - and also I'm a farmer, I keep cows dairy and beef," he said.

Chelugui was the first to appear for vetting before the National Assembly Committee on appointments on Saturday.

In 2017, he was appointed Cabinet secretary for Water and Irrigation by former President Uhuru Kenyatta's administration.

In 2020, he was moved to the Ministry of Labour and Social Protection where he has been serving until his nomination to the Cooperatives docket.

Chelugui vied for Baringo  Governor in 2013 and Baringo Senator in 2017 but lost in the two elections.

He is the only CS from the former regime that was picked to continue serving under President William Ruto.

CS nominee Mithika Linturi reveals his worth is Sh1.2 billion

Cabinet secretary nominee for Agriculture and Livestock Development Mithika Linturi has disclosed that he is worth Sh1.2 billion.
News
1 month ago

Moses Kuria discloses how he attained Sh 750 million net worth