Jumwa dropped out of school due to lack of school fees.

• Jumwa who is the CS nominee for Public Service, Gender and Affirmative action.

• She had appeared before the National Assembly Committee on appointments and was asked to give the story of her life, as an opening statement. 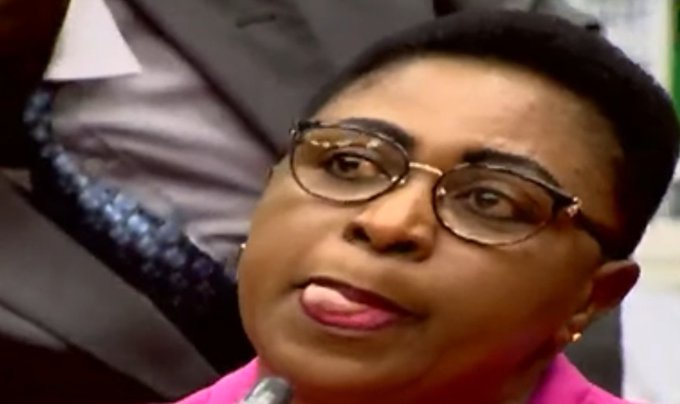 She broke down during her vetting when talking about how she was forced into an early marriage.

Former Kilifi gubernatorial aspirant Aisha Jumwa on Tuesday broke down as she narrated how she was forced into early marriage.

Jumwa who is the CS nominee for Public Service, Gender and Affirmative action also lifted the lid on how she grew up from in a poor home and how her parents struggled to fend for her and 27 siblings.

She had appeared before the National Assembly Committee on appointments and was asked to give the story of her life, as an opening statement.

While fighting tears, the former Malindi lawmaker said she was forced to marriage at an early age after dropping from school eight due to lack of school fees.

"My parents were poor, they used to struggle to provide for me and my other 27 siblings," she said.

I attended primary from 1983 to 1991 where I dropped out due to lack of school fees. I was at home and there was absolutely no prospect to expand my horizon.

Early marriage awaited me with open arms, I became a mother of my firstborn. This is one of the practices that must be curbed."

She would later enroll for KCSE in 2011 as private candidate.

"When I lost elections, I reflected and took stock. I went back to school and completed KCSE in 2011. I Proceeded to JKUAT he graduated with Governance in 2022."

She also obtained Masters in Executive leadership in 2015.

Aisha is currently worth 100 million.

My net worth is Sh544 million, Kindiki says

Kindiki has bank deposits of about 50 million.
Politics
1 month ago

Cabinet secretary nominee for Defence, Aden Duale has disclosed that he is worth Sh851 million.
News
1 month ago
WATCH: For the latest videos on entertainment stories

'I am worth Sh4 billion' Musalia Mudavadi

'I am worth 700 million' Justin Muturi