Ruto arrives at parliament for first time as president

• It is the first time he is inspecting a guard of honour after which he will address Parliament. 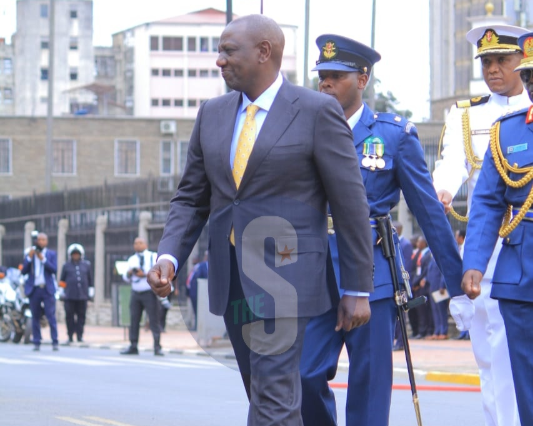 Prior to his inaugural address, President William Ruto and First Lady Rachel Ruto have arrived at the Parliament buildings.

He is inspecting a guard of honor for the first time, and then he will address Parliament.

Priorities for the first 100 days of Ruto's administration should be made clear. The legislative agenda of Parliament will be influenced by this.

The President will preside over the opening of the two chambers, the Senate and National Assembly, according to a notice from the bicameral parliament's speakers.

The President is required by Article 132 (1)(a) of the Constitution to speak at the opening of each newly elected Parliament.

President Ruto: 5 million Kenyans to be removed from CRB Blacklist

A total of 5 million Kenyans will be taken off the Credit Reference Bureau (CRB) blacklist by the beginning of November, according to President ...
News
2 months ago

President William Ruto explained that he purposed to attend the Safaricom meeting because he was sent by their customers.
News
2 months ago