Ruto on why he hired Uhuru as peace envoy

The president has been abroad in various countries since his inauguration

• Mr. Ruto revealed his thought pattern behind using Uhuru as the peace envoy for the two countries.

• The president added that Uhuru's prior relationship with both Ethiopia and the DRC was an added benefit in making his choice. 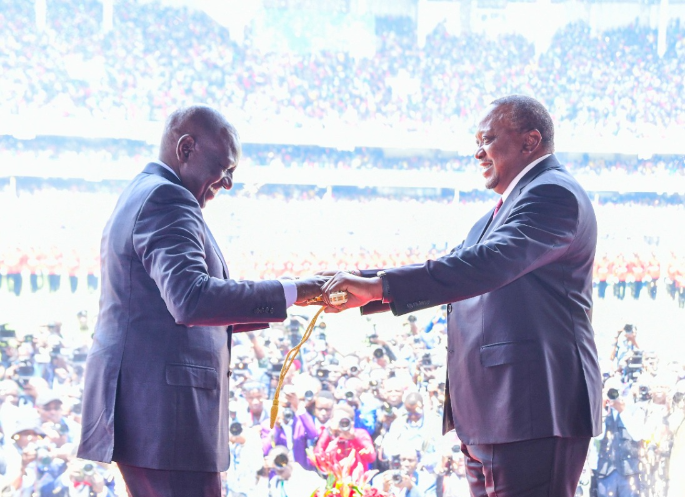 President William Ruto has revealed the reason he chose his predecessor Uhuru Kenyatta as the peace envoy in Ethiopia and the Democratic Republic of the Congo.

During an interview with France 24, Ruto revealed that his decision to offer the position to Uhuru was based on how regional conflicts would have impacted his administration, notwithstanding their prior political disagreements.

"I appointed President Uhuru as an envoy because I'm different. I believe that President Kenyatta brings value to the processes in Ethiopia and DRC. What was there between him and me was a competition."

He added that Uhuru's prior relationship with both Ethiopia and the DRC was an added benefit in making his choice.

"It wasn't a competition between me and the person he supported (Raila Odinga). Being a democracy, we are mature enough to understand that we can compete but we don't have to be enemies but compatriots," Ruto explained.

He said that Uhuru's leadership qualities were necessary to create his legacy since, as president, he would always be the first to be held accountable for failure.

"When things fall apart, it will stop at my desk. I can only be effective in doing what the people of Kenya want if the region is not a problem.

If somebody else can help me with the regional issues so that I can concentrate my energy, efforts and time in sorting out the issues Kenyans want me to do, I think that is the right decision," Ruto added.

Ruto's decision comes in light of the contentious relationship both leaders have had the since the 2018 handshake.

So, this by this act, Ruto might also be extending the olive branch between the pair.

Rigathi Gachagua and Uhuru Kenyatta have been friends for 20 years.
Entertainment
2 months ago

Ruto: I am not offended Uhuru supported Raila