KOT have said Riggy G's sunglasses give them Narcos vibes

• Sunglasses are an essential item in Narcos fashion.

• Pablo Escobar’s sunglasses are a hit with fashion lovers. 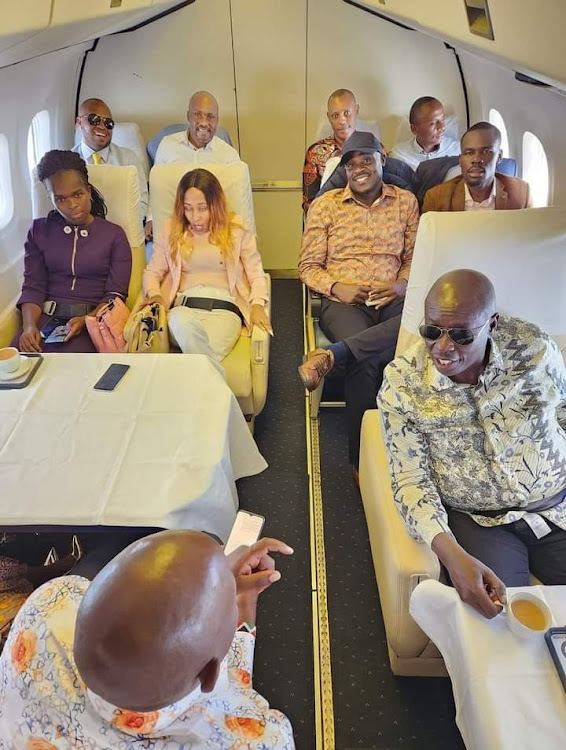 The first time DP Rigathi Gachagua ever publicly responded to his nickname Riggy G was earlier this month, telling KBC, "I have heard many things, but I remain focused."

Rigathi was at the time in his Karen home preparing for the journey to Kasarani for the swearing in with his wife Dorcas.

On Friday September 23 in Kisumu at the music festival, Riggy G told a crowd that he loves the nickname.

"I'm amazed that our creative young people have given me a nickname. They have looked at my two names Rigathi Gachagua for something that sounds easy and melodious and called me Riggy G. I don't think it's a bad name." 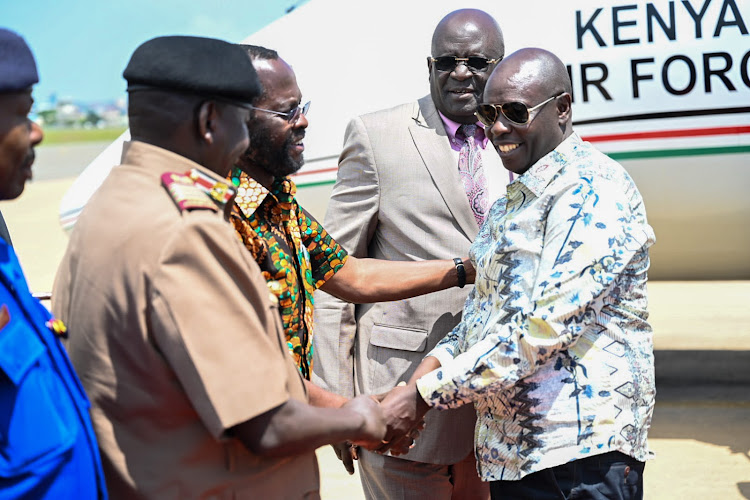 The sunglasses he was wearing attracted the attention of young Kenyans online and many equated his look to that of characters in the famous Narcos TV series.

For older folk who aren't into the know, Narcos is Tv series and without a doubt, one of the best series to binge-watch on Netflix.

The storyline is about the rise and fall of drug cartels, and who doesn't love drug dealing criminal group stories?

The show’s cast has earned fame for their fashion with the sunglasses they wear getting a lot of attention. 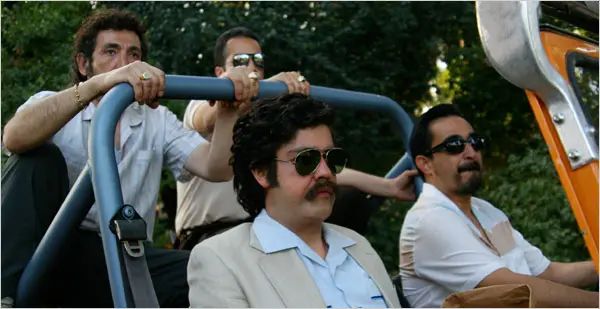 An image of Pablo Escobar in the Narcos series. Rigathi is being compared to characters on the popular series
Image: Courtesy

Riggy G  was wearing sunglasses with young Kenyans online praising him for pulling off a young look.

KOT described his look like that worn by Pablo Escobar, one of the characters in the Netflix series.

Sunglasses according to them make one  look and feel exactly as you suspect. Anyone aiming to copy Riggy G's new style shouldn't overlook his sunglasses.

You don't need to go for the high end prices. They are affordable and all over town at different stalls and street vendors.

The creator of the viral name “Riggy G”, Ivy Chelimo says she came up with the name by chance.
Entertainment
2 months ago

Meet the Kenyan who coined the nickname Riggy G

DP Rigathis is considered the new source of memes for Kenyans online and his nickname Riggy G was coined by a Kenyan woman
Entertainment
2 months ago
WATCH: For the latest videos on entertainment stories