• 6 months ago H.E President William Ruto had promised ( while he was still the Deputy President) that exiled lawyer Miguna Miguna will be allowed back to Kenya if he becomes the 5th president.

• Miguna was exiled from the country back in February 2018 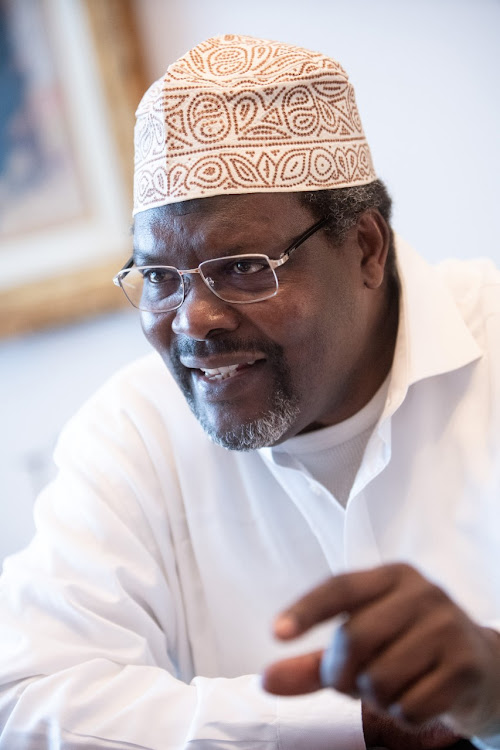 Lawyer Miguna Miguna Still not allowed to come back to Kenya
Image: Courtesy

Kenyan born Lawyer Miguna Miguna is still banned from flying back home from Canada where he has been living since he was deported back in February, 2018.

Miguna who had been a vocal supporter of the newly sworn in president had been positive that the president would lift his red alert that had been barring him from coming home. But now it seems the lawyer will have to wait longer than he'd expected.

Through his twitter account Miguna wrote, " fellow Kenyans, please go easy on your trolling habits. To answer your incessant questions, no I have not received confirmation that President William Ruto has lifted the Red Alerts Uhuru Kenyatta and Raila Odinga had imposed on me.

Earlier on the lawyer had revealed that the president had assured him that immediately after taking oath of office he would clear him to travel back.

Actually 6 months ago H.E President William Ruto had promised ( while he was still the Deputy President) that exiled lawyer Miguna Miguna will be allowed back to Kenya if he becomes the 5th president.

In an interview on Voice of America, Ruto said that Miguna has not committed any offense to be blocked from coming back to his homeland.

He said that if the exiled lawyer broke the law, then he should be prosecuted in Kenya.

"We will return Miguna Miguna back home because he is a Kenyan, he has no offence...and if he has one, he should be brought home and be charged according to the law. I do not see the need of having refugees in our country yet our own has been made a refugee in Canada."

Last year Miguna Maiguna made an attempt to fly back to Kenya but his trip was cut short in Germany. He was not allowed to board a flight to Nairobi at the Berlin Brandenburg Airport.

President-elect Dr. William Sameoi Ruto is the most followed person in Kenya, commanding a following of 5.1 million people on his person Twitter ...
Entertainment
5 months ago