Atwoli is serving his last term as COTU boss.

• Before the elctions he had told people to get used to Raila Odinga's voice as their new President. 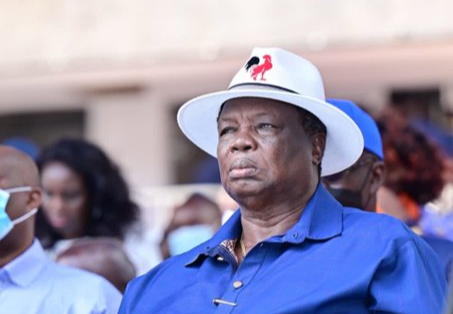 Francis Atwoli. He says that people should get used to William Ruto's voice as their president.
Image: Twitter

COTU boss Francis Atwoli has told Kenyans to get used to the voice of their new President-elect William Ruto.

In what seems like an apology, Atwoli says he never dreamt of the day he would be asking people to support Ruto as he is an Azimio la Umoja die-hard.

In a statement released via his social media pages, Atwoli disclosed that COTU agreed to congratulate the President-elect immediately after the Supreme Court ruling.

“During COTU (K) Executive Board meeting on 17th August, we resolved THAT immediately after the Supreme Court judgment, we must thank and congratulate the victor. Consequently, we congratulate President William Ruto," Atwoli said in part. 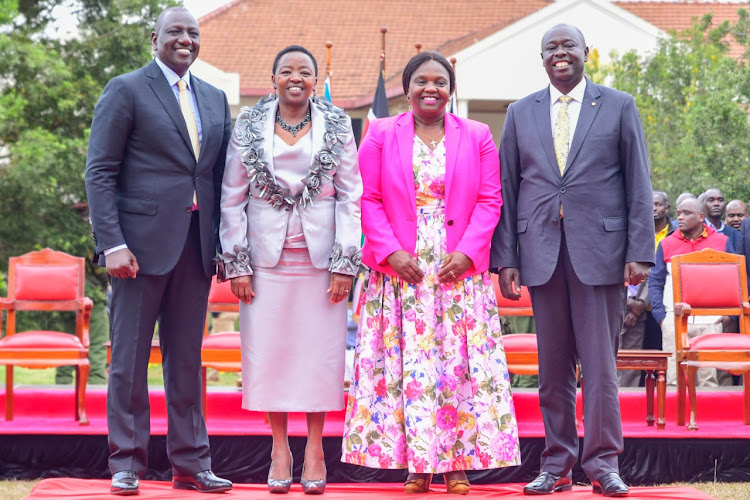 President-elect William Ruto with his wife Racheal. Beside them is Dorcas Rigathi and her husband Rigathi Gachagua.
Image: Twitter

The COTU boss went on to appeal to all workers across the country to remain calm and peaceful.

“We appeal to workers and Kenyans, in general, to remain peaceful,” Atwoli said.

The trade union boss was a staunch supporter of Azimio la Umoja Raila Odinga and he was quoted severally saying Ruto will never be the President of Kenya.

“We declare the election of the 1st Respondent as president-elect to be valid under Article 143 of the constitution," Martha Koome said.

William Ruto and Uhuru Kenyatta have talked about the just concluded General Election and the transition as envisaged by our democratic tradition and ...
Politics
4 months ago
WATCH: For the latest videos on entertainment stories

Ruto: I respect LGBTQ's in Kenya