Kingi received 46 out of 67 votes to win the race

• Kingi was elected minutes after Kalonzo Musyoka withdrew from the race 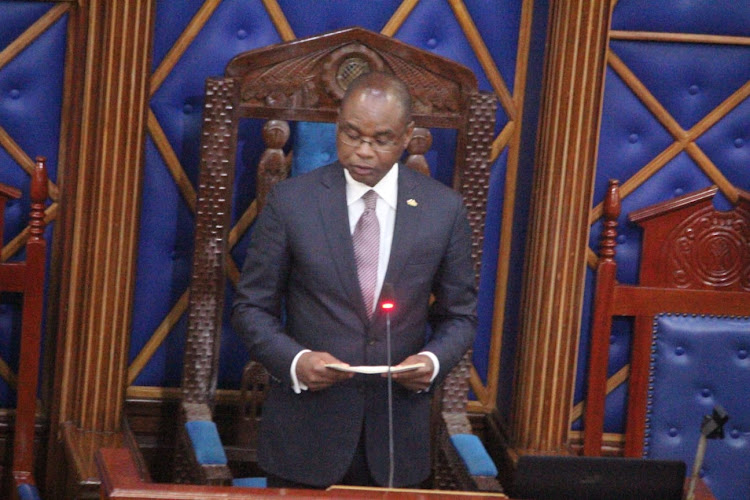 Amason Kingi, a former governor of Kilifi county, has been elected as speaker of the senate.

On Thursday, Kingi received 46 out of 67 votes, which is an absolute majority, to win the race.

Kingi will take over from Kenneth Lusaka who was elected as the Bungoma Governor in the recently concluded General election.

"Kalonzo Musyoka has withdrawn his candidature for the Office of the Speaker of the Senate," the senate said in a tweet.

The act prompted Azimio affiliated Senators to walk out of the chamber, calling for the suspension of the exercise.

Clerk of the Senate Jeremiah Nyegenye refused to listen to the appeal made by Azimio senators.

They said nominated senators were not given the opportunity to apply for deputy speaker.

Senators allied to the Azimio La Umoja coalition walked out of the House, waving and blowing air kisses to their Kenya Kwanza Alliance counterparts.
Politics
4 months ago