Refigah said he will not give up trying the political waters

• Refigah said it's time to move forward as a country and congratulated the president elect William Ruto.

• Refigah also thanked all his supporters after he lost his MP bid to ODM's Mwalimu Peter Orero. 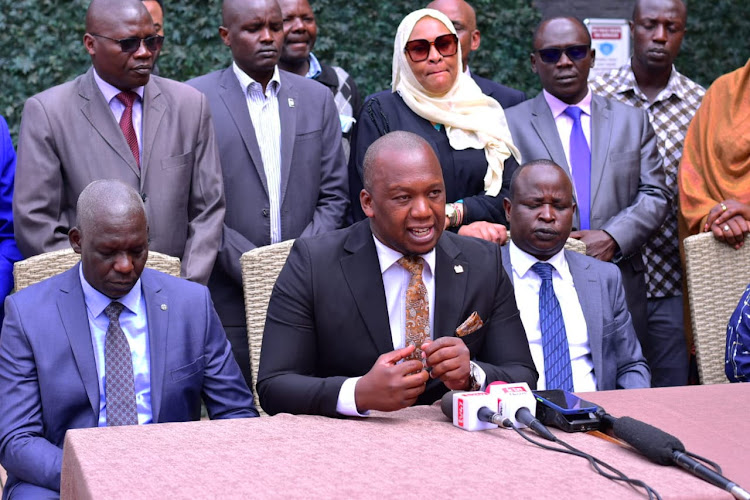 Former grandpa's record CEO Refigah and the body representing the minorities and marginalized communities in Kenya on Tuesday congratulated president-elect William Ruto after the court verdict.

Speaking at a press conference today at Meridian's best western hotel, Refigah said it's time to move forward as a country.

"As the leadership of minority and marginalized communities in Kenya, we today send our congratulatory message to His Excellency president-elect Dr. William Samoei Ruto who has always championed the interests of minorities," he said.

Refigah who is the director of the minorities and Marginalized communities in Kenya expressed confidence in William Ruto's leadership.

"As the Deputy President, Ruto initiated the creation of an office to cater to the needs of minorities. He has been a father to our course, and we believe in his new capacity as the President of Kenya, all the minority communities in Kenya are in a safe pair of hands."

He also thanked all his supporters who were part of his political journey.

"Time for politicking and politics it is over we now need to join hands and build our country and give our president all the necessary support," he said.

Refigah was vying under the Azimio la Umoja Umbrella on the DAP-K party.

"It's a great experience I learned a lot I wish the winner all the best and I will definitely support him throughout his term to make Kibra great, politically I have just started watching this space."

I want to elevate him-Wajackoyah's desire for Stivo Simple Boy

Watch-Why Refigah won't use any Kenyan artist for his campaigns

Refigah has revealed that he will not use any artistes during his campaigns
Entertainment
5 months ago
WATCH: For the latest videos on entertainment stories

Refigah says Kibra voters should look at his track record

Refigah could not vie for Kibra MP after Ken Okoth died