The Supreme Court of Kenya upheld William Ruto's win as the fifth President of the Republic of Kenya.

• Raila said although the judgement was not in their favour she respects the courts decision.

• Martha Karua through her Twitter, Karua said although she does not agree with the verdict, she respects the court's decision. 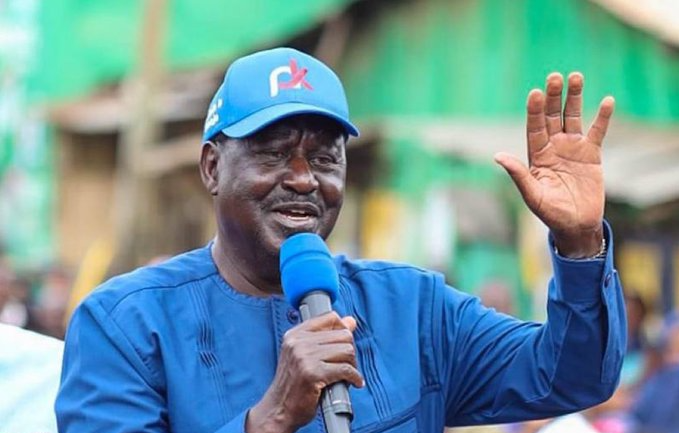 Azimio presidential candidate Raila Odinga is not satisfied with the decision of the Supreme Court of Kenya after it dismissed his petiti0n.

In a statement after the verdict, Raila said although the judgment was not in their favor, it does not end the Azimio la Umoja movement.

"The judgment is by no means the end of our movement it inspires us to redouble our efforts to transform this country into a prosperous democracy where every Kenyan can find their full belonging," he stated.

The former prime minister added that his party will soon communicate its plans of continuing with the struggle for transparency, accountability, and democracy.

"We have always stood for the rule of law and the constitution. In this regard, we respect the opinion of the court although we vehemently disagree with their decision today."

His running mate Martha Karua her Twitter, Karua said although she does not agree with the verdict, she respects the court's decision.

"The court has spoken. I respect but disagree with the findings." 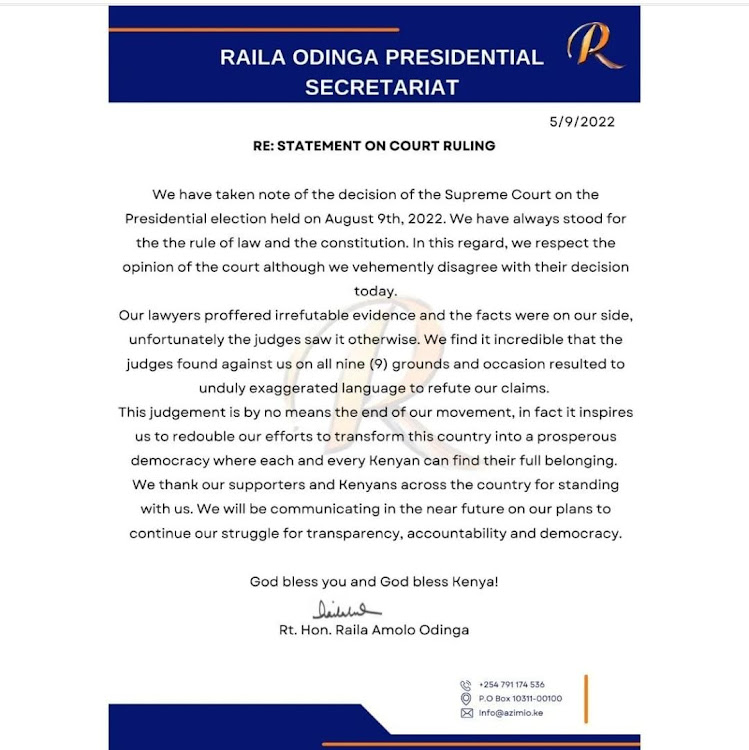 There had been 9 petitions filed at the Supreme Court challenging the Presidential results.
Entertainment
3 weeks ago

The confirmation followed an intense 14-day process in which lawyers representing Azimio's Raila Odinga.
Entertainment
3 weeks ago
WATCH: For the latest videos on entertainment stories