They are said to be employees of Smartmatic International B.V, the company procured by IEBC to provide technology for the August 9th General Election.

• Advocate Paul Mwangi said there was also a sign of tampering with the numbers. 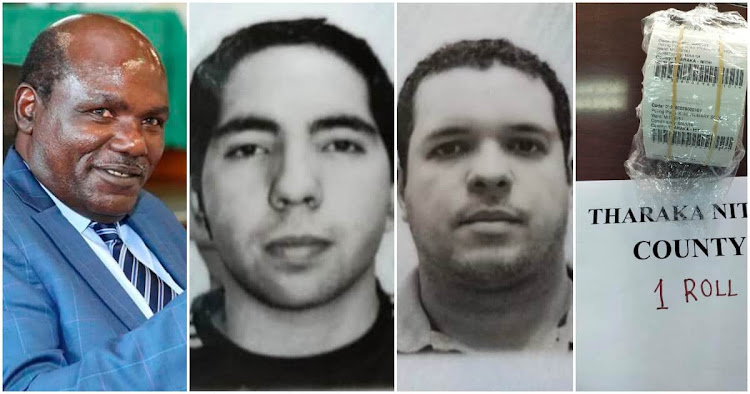 Advocates Paul Mwangi and Julie Soweto showed the apex court judges how one Form 34A they found in the IEBC server had been tampered with and had some numbers changed.

Mr Mwangi showed the court one form 34A that bore the name of Jose Camargo at the top left corner of the form.

They were also said to be employees of Smartmatic International B.V, the company procured by IEBC to provide technology for the August 9th General Election.

“We believe these are the fingerprints of one of the suspects of the theft of this election…,” said Paul Mwangi.

During her rejoinder, advocate Soweto managed to download the said file from Gicharaigu Primary School 02 in Kangema from the IEBC portal live in court.

“At the top left-hand corner is the name of one of Venezuelans Jose Camargo, this is the person who decided the president-elect of this country.”

This person is the one who was interfering with the forms, a crump was left by God’s grace, we found something… we didn’t make this up, we were told we made this up. This is how the staging, the changes were happening.”

The Venezuelan name is at the left side of the form.
Image: The Star

Soweto also raised the issue of the IEBC stamp on the form which she said looked superimposed and also a sign of tampering with the numbers.

“If we sum up the total votes, we get 316. The total votes cast according to this particular form is 321, different from what we have just seen. The rejected votes are 4, which means already by calculation, there is a problem."

Willis Otieno's presentation was full of vigor and emotion as he explained his submission before a seven-judge bench.
Entertainment
3 weeks ago

Prof. George Wajackoyah arrives at the Supreme Court of Kenya for the Pre-Trial Conference
Entertainment
4 weeks ago
WATCH: For the latest videos on entertainment stories