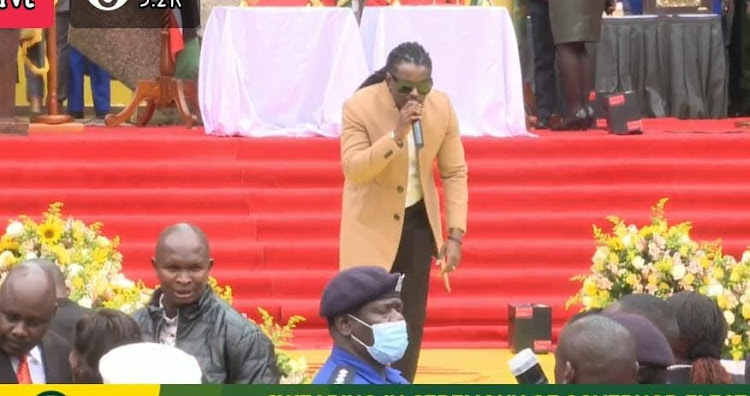 Kenyan rapper and singer Nyashinski brought Nairobi to a standstill with his fire performance at the swearing-in ceremony of the governor-elect Johnson Sakaja.

The swearing event was graced by high dignitaries, among them President-elect William Ruto.

Nyashinski who was the main artiste performing at the ceremony arrived at the event accompanied by his wife Zia Bett.

After his performance, he wished Governor-elect Sakaja the best.

"Congratulations to my friend governor-elect Johnson Sakaja. It is my honor to perform at this event today and as Nairobi people, we put our trust in you. We know you will do your best."

Governor Sakaja was also a rapper while in college.

Nairobi governor-elect Johnson Sakaja was accompanied by his children for his swearing-in ceremony.

The MCs of the event were media personalities Massawe Japanni and Jimmie Gathu.

Check out the photos; 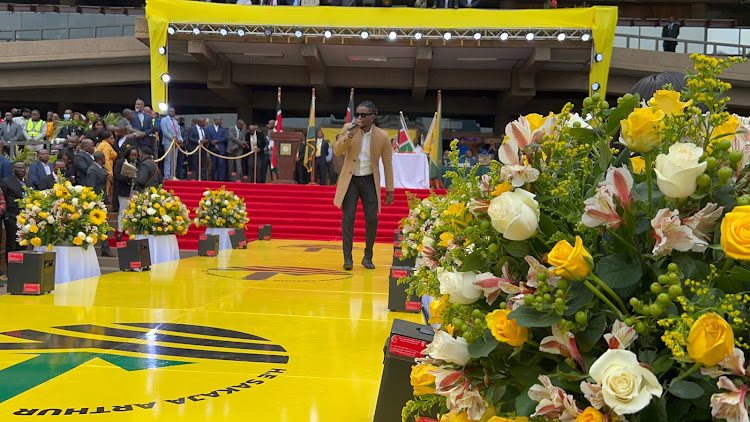 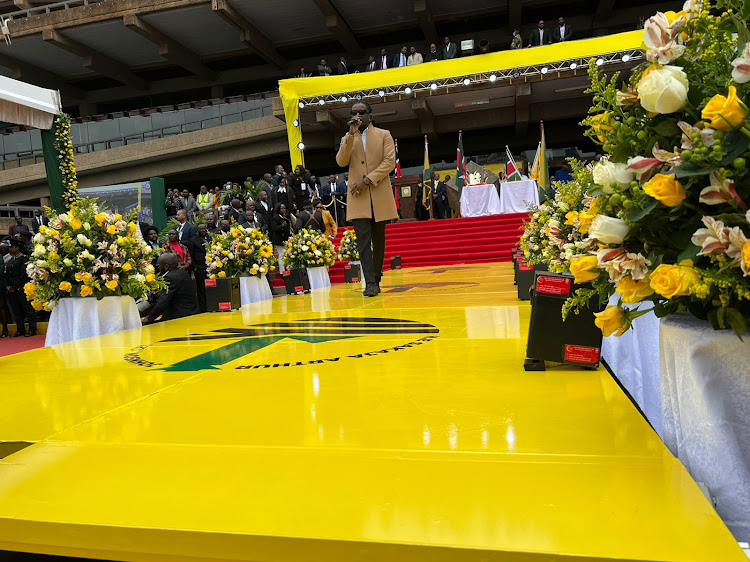 The news comes in just three months after Nick revealed he is considering undergoing a vasectomy.
Lifestyle
1 month ago

Nairobi governor-elect Johnson Arthur Sakaja is expected to be sworn-in today, August 25, 2022 between 10:00am and 2:00pm.
Politics
1 month ago

The real Walter Musimi said he learnt of the impersonator after he read on the media about a father who had been arrested in Athi River.
Crime
1 month ago
WATCH: For the latest videos on entertainment stories