Roselyne Akombe in shock as she mourns another IEBC official

• He passed away on Monday after mysteriously falling ill and collapsing

• County returning officer Jane Gitonga, said the official had gone to see his family in Nanyuki 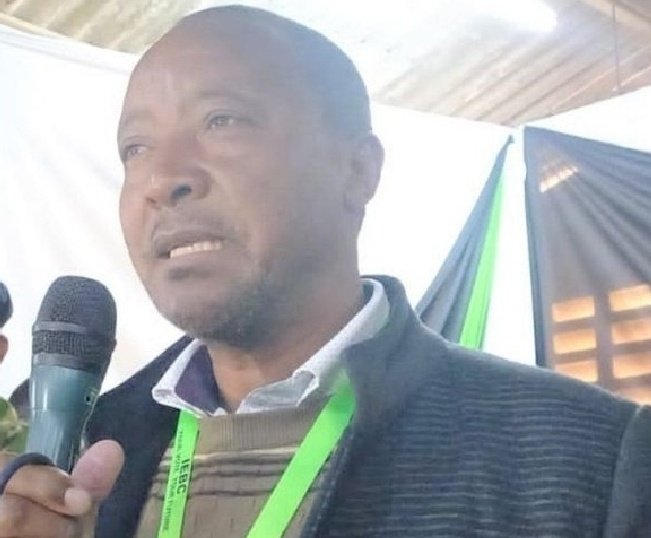 Gichugu returning officer, Geoffrey Gitobu passed away on Monday after mysteriously falling ill and collapsing while at the IEBC Nanyuki's office.

Laikipia County returning officer Jane Gitonga told The Star in a phone interview that the official had gone to see his family in Nanyuki over the weekend.

After the rigorous election exercise he  was expected to return to Kirinyaga on Monday in preparation to resume work early this week.

"I had sent him to pass by our office in Nanyuki to photocopy for me some documents," she said.

"It is at that point that he mysteriously collapsed while at the office and was pronounced dead at one of the private health facilities within Nanyuki in which he was rushed," Jane Gitonga said.

"No words to describe the pain of yet another loss of a public servant who was serving his country. Lost for any words to condole the family of Gitobu and the @IEBCKenya staff. While we await the cause of this sudden death, it is time to stop these senseless incidents!"

Akombe had previously addressed the fear IEBC employees face at a  time she was calling for justice after Daniel Mbolu Musyoka - an IEBC returning officer for Embakasi East died under unclear circumstances.

Mr. Musyoka disappeared and was later discovered dead in Kajiado. According to events before his death, Mr. Musyoka 53, went missing from his tallying centre on 11th August 2022.

He disappeared moments before announcing the results for the parliamentary and county assembly races at the East Africa School of Aviation tallying centre.

He was later found dead,  his body dumped in Amboseli National Park.

At the same time, Laikipia County DCI boss Onesmus Towett has dismissed rumours around the death of the Kirinyaga IEBC official.

The Police  confirmed that Geoffrey Gitobu's demise was a sudden death and not murder. The officer had nit complained of any illness and therefore postmortem would be better placed to reveal the cause if his death.

The body of the said officer is lying at the Nanyuki cottage hospital mortuary.

While our eyes were glued to Bomas, for the presidential results announcement, alot of other things were going on
Entertainment
1 month ago

Six days after Kenya's election, it is still uncertain who the next president will be.
Entertainment
1 month ago
WATCH: For the latest videos on entertainment stories