Jalang’o hosts Raila for lunch at his CBD restaurant [Photos]

• Jalang'o's wife Amina Chao worked on the interior of the restaurant 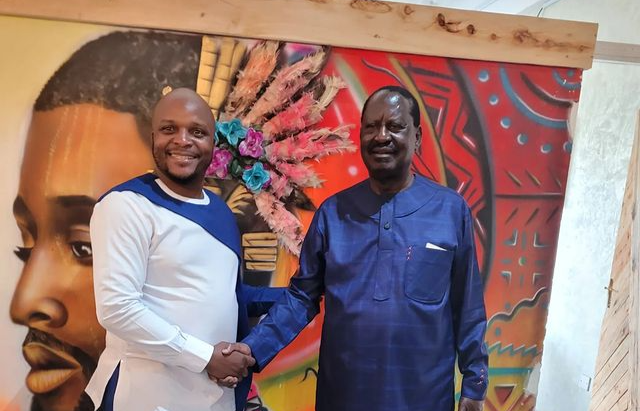 Lang'ata MP-elect Jalang'o and Raila Odinga after hosting him at his restaurant for lunch
Image: Instagram

The former Kiss 100 presenter used his social media pages to share pictures after a lunch-on session with the presidential candidate.

In his words, Mzee Jalas thanked the ODM Party leader for blessing his business. The youthful politician runs a restaurant dubbed Wapek Delicacies in Nairobi CBD.

“After church, I hosted baba for lunch at my restaurant @wapekdelicacies. Thank you Baba for blessing my business,” an excited Jalang’o shared.

Odinga had a stopover at Jalang’o’s restaurant after attending a church service at Jesus Teaching Ministry (JTM) in Donholm, Embakasi East. 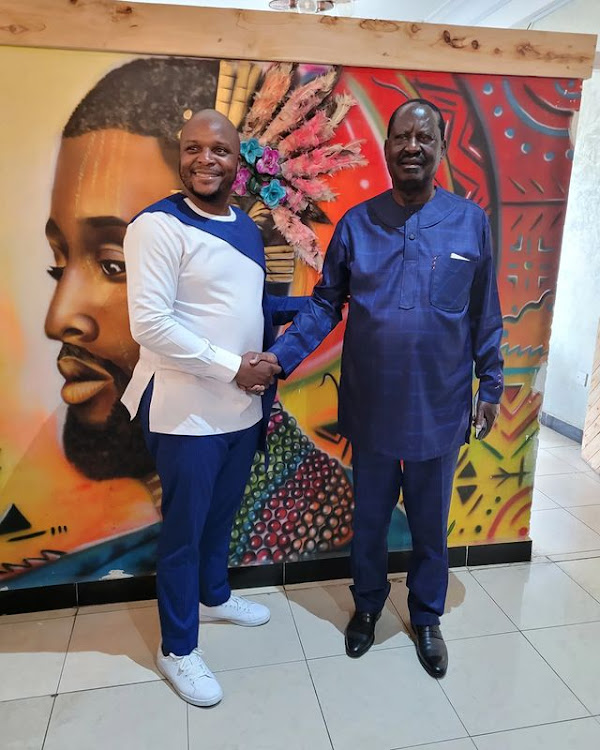 Speaking at the Church service, Odinga expressed optimism that he will win the court battle, as he moves to challenge William Ruto’s victory.

He was in the company of his running mate Martha Karua, MP Tim Wanyonyi, and Wiper Party leader Kalonzo Musyoka among other Azimo leaders. Odinga said that they have enough evidence to convince the Supreme Court that the election was manipulated in favor of Ruto.

In April 2022, Jalang’o disclosed that he had teamed up with his wife Amina Chao to launch their own restaurant in Nairobi.

Information shared by the media personality indicates that the restaurant has specialized in preparing and serving traditional food or African cuisine.

"We have officially opened Wapek Delicacies, Karibu. You can access Wapek from Mama Street, opposite the international house. You can also access using the entrance on Kaunda Street, next to Queen House. Wapek Delicacies is on the first floor,” Jalang’o wrote while drumming supporting for his restaurant.

In a separate interview, Jalas disclosed that he is the one who came up with the name of their restaurant.

"Wapek is a Luo word that means, we are heavy, yaani sisi ni wazito (Heavy). We are big on good food, comfort, style, and space.

He further divulged that his wife is the one who worked on the interior of their restaurant – she is an interior designer.

Jalang'o s ex-employees plead to be taken back

Media Personality and Lang’ata MP-Elect Phelix Odiwuor alias Jalang’o has vowed to set up resource centers in all the five wards found in the ...
Entertainment
1 month ago