• William Ruto won in a hotly-contested election that went down the wire.

• Ruto had led a coalition of parties under the Kenya Kwanza banner. 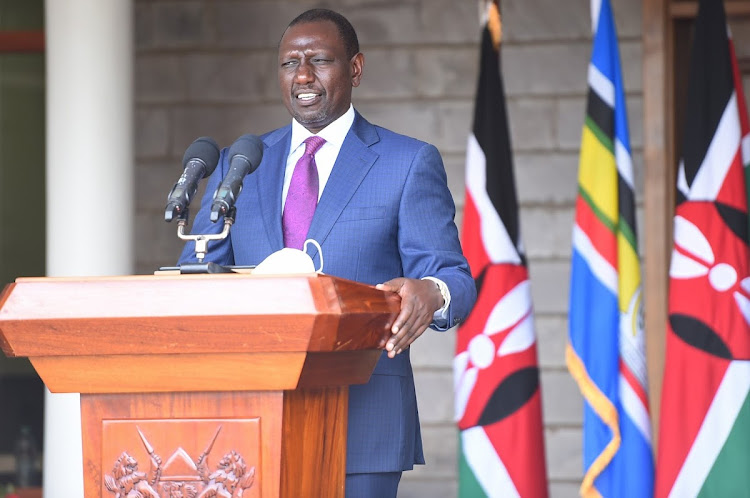 William Ruto has been declared the fifth president of the republic of Kenya. IEBC chairman Wafula Chebukati revealed the news in a highly-anticipated presser just a few moments ago.

His supporters erupted in celebration at the news that the leader had won the presidential election.

The Independent Electoral and Boundaries Commission announced the 55-year-old Kenya Kwanza leader. He needed 50 percent plus one of the countrywide tally plus one, and 25 per cent of the votes in at least 24 counties.

Ruto garnered 7,176,141 votes representing 50.49 percent of the final vote, while Raila received 6,942,930 votes this 48.85 percent, as announced by IEBC chairman Wafula Chebukati at the Bomas of Kenya national tallying centre.

He defeated 77-year-old Raila Odinga, once a fiery and  iconic opposition leader who has lost, counting this election, five times.

The Deputy President managed to get a majority votes from the critical, vote-rich Mt Kenya region, leading in most counties.

In the North Rift, the Ruto-led party swept the parliamentary and MCA seats. Rift Valley is considered Ruto's backyard.

It was close, tense and vitriolic. For days, since the election on August 9, the results showed the two on a knife's edge, neck and neck, moving like a pendulum. It was too close to call.

President Uhuru Kenya, who had broken with Ruto and reviled publicly, decided to back Raila, who had moved to the centre and promised to carry out the President's projects and agenda.

George Wajackoyah, the Roots party presidential candidate has said they are confident they will win the just concluded election.
Politics
1 month ago

Rigathi's hunk sons and wife show up to support him

Rigathi Gachagua was accompanied by his wife Dorcas and sons Keith and Kevin.
Politics
1 month ago
WATCH: For the latest videos on entertainment stories