• The Star has established that the commissioners have failed to agree on the finally tally, and that some of them have refused to sign on the same. 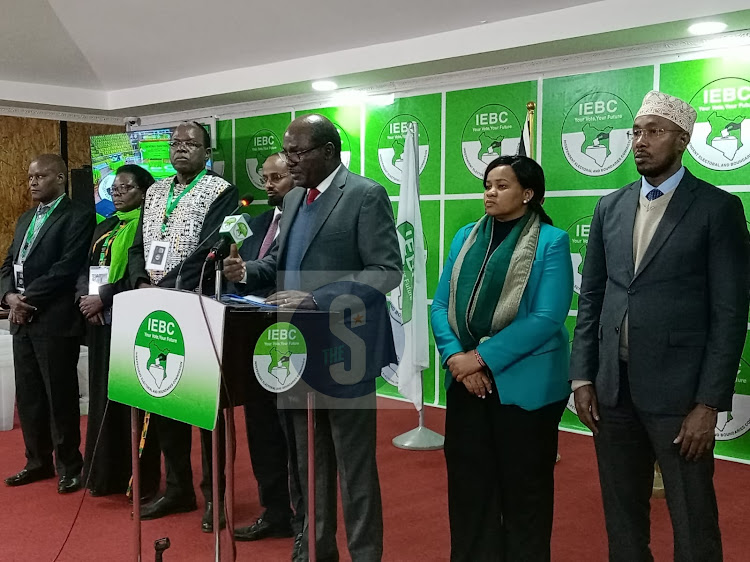 IEBC chairman Wafula Chebukati flanked by other commissioners address the press at Bomas of Kenya, Nairobi on August 8, 2022
Image: The-Star

Four IEBC commissioners have disowned the presidential results set to be announced by chairman Wafula Chebukati.

Led by vice-chairperson Juliana Cherera, the commissioners; Francis Wanderi, Irene Masit, and Justus Nyangayawho were recruited last year and said that the results are opaque.

The 4 IEBC commissioners spoke to the press at Serena where Juliana said that they will issue a comprehensive statement later.

"We have up the standards of elections in this country.We have ensured that things are running despite everything else.We are not at Bomas of Kenya because we cannot take ownership of the results that is going to be announced because of the opaqueness of these results," Cherera said. 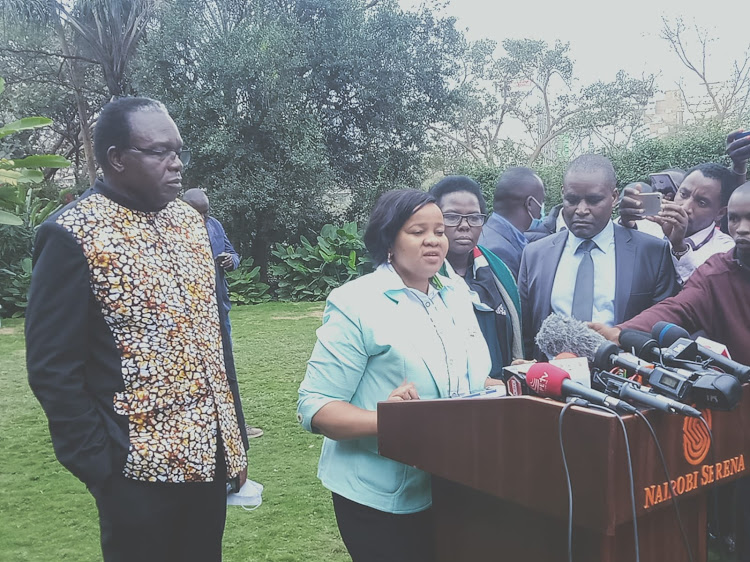