• Kidero said he was not satisfied with the results, adding that the process was marred by some discrepancies. 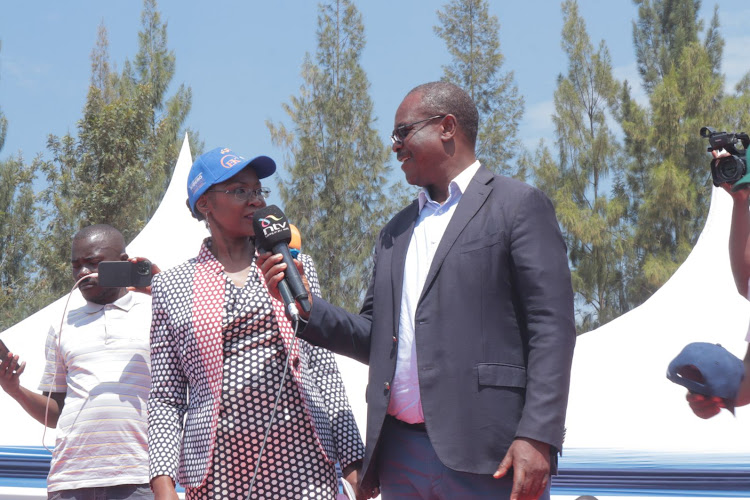 Former Nairobi Governor Evans Kidero is expected to move to Court after he was defeated in Homa Bay Gubernatorial race.

Wanga won the governor seat after garnering 244,559 votes. Kidero, who came in second with 154,182 votes. Wanga will succeed Cyprian Awiti.

Speaking on Friday, Kidero said he will follow the law.

"I will follow the law when someone is not satisfied by the outcome of the elections," he said.

"Her win was illegitimate and I don't recognize it, I won in six sub-counties. I will challenge it in court."

Kidero argued that he was not satisfied by the results.

But speaking during a meeting with his supporters at his Asumbi home in Rangwe constituency, Kidero said he was not satisfied with the results, adding that the process was marred by some discrepancies.

Kidero argued that his votes from some polling stations were not tallied as form37As were altered in certain areas like Mfangano ward, Rusinga ward and other wards across the county.

According to Kidero, he got more than 225,000 votes and lead in six out eight constituencies.

He also decried the perceived low enthusiasm and apathy among voters in the country.
Politics
1 month ago

Kanu secretary general Nick Salat has yet again failed to impress in his bid to capture the Bomet East parliamentary seat.
Politics
1 month ago

After a decade in leadership, Embakasi West MP George Theuri has failed in his bid to seek a third term.On Wednesday, the
Politics
1 month ago
WATCH: For the latest videos on entertainment stories