The vote the Roots candidate got was most likely his own 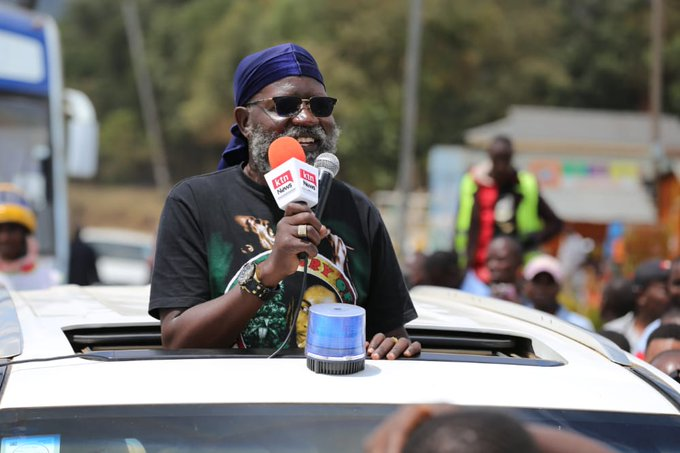 Roots Party Presidential candidate, George WaJackoyah, only got one vote from Indangalasia Primary School, the polling station he was voting at.

(The vote the Roots candidate got was most likely his own)

This is according to Form 34A submitted and available on the IEBC's public poll results portal. The polling station gave Azimio's Raila Odinga 155 votes, UDA's William Ruto 129 votes, and had no single vote cast in favor of Agano's David Waihiga.

Wajackoyah's result follows an interesting phenomenon where some candidates have really underperformed at the polling stations they were voting at.

The school in Gichugu Constituency is where Karua cast her vote, being the first one at the polling station.

Wajackoyah was disappointed before eventually voting

After the KIEMs kit failed to recognize George Wajackoyah at his polling place, the presidential candidate for the Roots party expressed his ...
Politics
1 month ago

Wajackoya's  wife Meller protested  this failure. She termed it a disappointment.But that is not what caught KOT''s attention.
Entertainment
1 month ago
WATCH: For the latest videos on entertainment stories