The results are as captured in Forms 34As.

• The results are all official as declared at tallying centres by presiding officers and captured on Forms 34As. 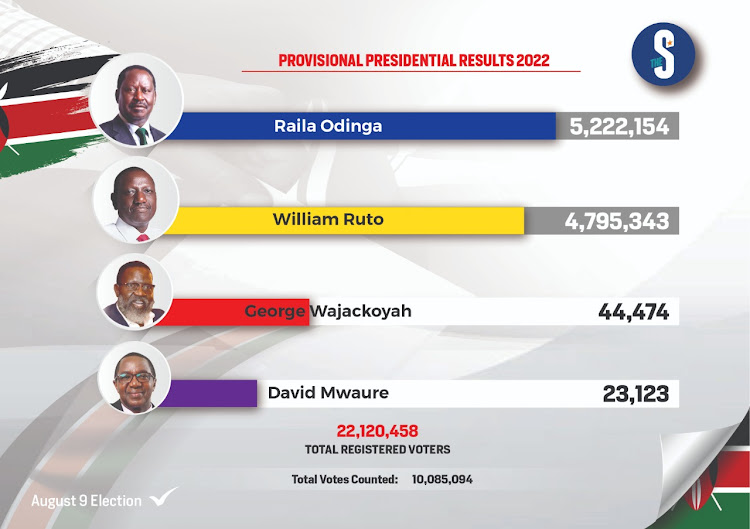 Presidential results at the moment

Presidential results started trickling in on Tuesday night as tallying of votes from over 46,000 polling stations across the country continued.

Over 14 million Kenyans went to the polls on Tuesday, August 9 to elect leaders across six elective seats.

The results are all official as declared at tallying centres by presiding officers and captured in Forms 34As.

This, however, excluded voters who were identified using the manual register in select regions.

The commission had allowed the use of the manual register in parts of Kakamega and Makueni counties.