• Lady luck has smiled upon the sport pesa Chief executive officer Ronald Karauri who is now the winner of the Kasarani parliamentary seat. 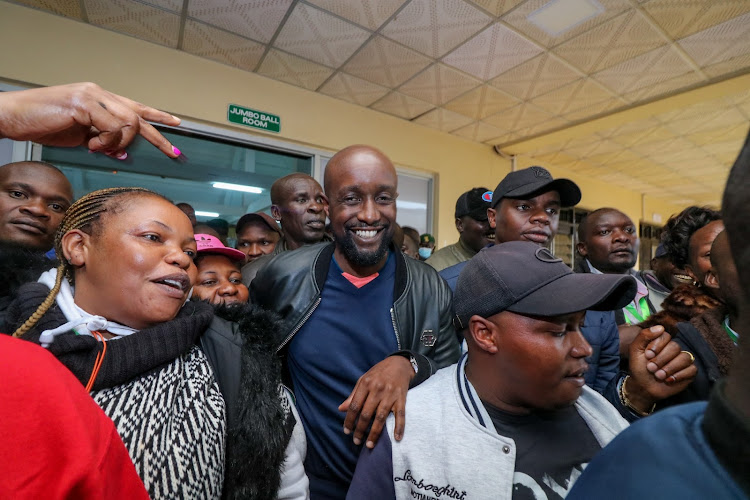 Hard work has paid off for Sportpesa Chief executive officer Ronald Karauri who is now the winner of the Kasarani parliamentary seat.

The elated businessman had already celebrated his win yesterday morning on Twitter where he thanked God for his achievement.

Fans converged on his comment section with welcoming messages. Some are below;

kihumbakelvinReplying to @KarauriRKasarani is lucky to have this great leader✨

Earlier on he went ahead to talk about Kasarani leaders as he accepted the bid of becoming the Mp saying, "Kasarani does not lack leaders, there are leaders here. It reaches a point when one needs to change.

This is something I have been asked many times, if Kasarani people want me to be their MP, I will assure you on August 9, I will be your MP," he declared when he handed over medical donations at Kasarani Health Centre."