Conceding means accepting you have lost/will lose when the final results are finally read.

• The politicians shared their conceding messages on their social media platforms.

• Conceding means accepting you have lost/will lose when the final results are finally read. 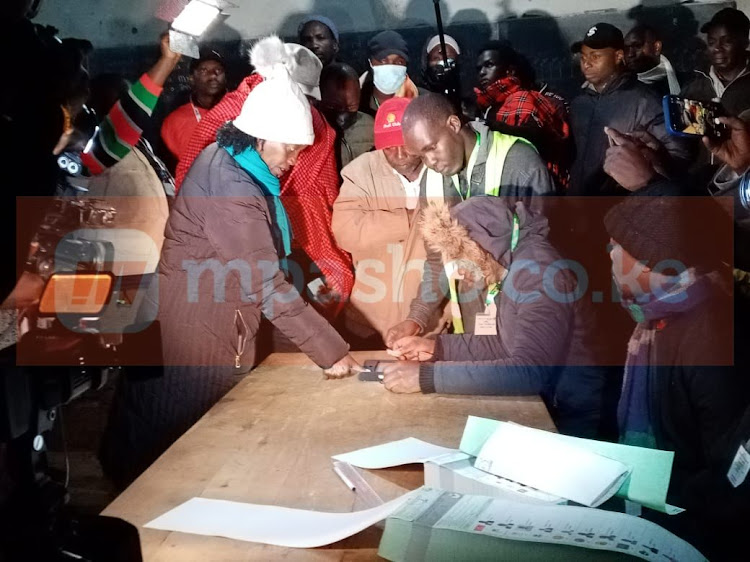 In every race there is always a winner and a looser.

We take a look at politicians who have conceded defeat in the just concluded August 9th elections.

Conceding means accepting you have lost/will lose when the final results are finally read.

In a statement on Facebook Tuesday night, Kuria conceded defeat adding that  he is heading back to the private sector after eight years of service as MP.

"I enjoyed every minute of my 8 years in elective politics. Back to the private sector. Happily," Kuria said.

The outspoken MP had previously said he would exit politics if he fails to clinch the Kiambu governor seat.

Naomi, in a Whatsapp group, told her supporters that preliminary results had indicated that she will not clinch back the seat.

Naomi who joined politics in 2002 is one of the Coast region's longest-serving legislators. She has served as an MP for 20 years after unseating former MP Basil Criticos.

She congratulated her competitor Bwire Okano of Wiper party.

The veteran politicians said the time has come to move to other things. She lauded her supporters for electing her for four terms.

Do not waste your time trolling me, lawyer Nelson Havi has told Kenyans on social media.

Kega who has served for two terms hinted he had lost the parliamentary seat that he was seeking to defend.

"Opening a new chapter, when one door closes another one is opened. Heading to Bomas," he said.

Also, comedian MC Jessy (Jasper Muthomi) has conceded defeat and extended a message of heartfelt congratulations to his opponent Shadrack Mwiti who took an early lead.

"I sincerely thank you so much for the time we have interacted during our campaign time. It has been a great journey. A journey of amazing political adventure. A journey of daring hearts. We will continue to engage as we look forward to Next time," he said.

The Chama Jubilee Party Deputy Secretary General stated that he had decided to support his opponent to realize development for the residents of the cosmopolitan constituency.

Centers where elections results will be announced

The electoral commission can take up to seven days to tabulate the votes upon the conclusion of voting.
Politics
1 month ago

Kaunya said his bodyguards had no role to play in the elections in the constituency.
Politics
1 month ago

On Tuesday, thousands of Kenyans flocked to voting locations in order to participate in the much-anticipated elections.
Politics
1 month ago
WATCH: For the latest videos on entertainment stories