Kenyans react to video of Wajakoyah being sexually harassed

The presidential candidate suffered the indignity of having his privates touched

• The Roots party candidate was inappropriately changed while campaigning.

• Wajackoyah took the harassment in kind and made a light-hearted joke about it. 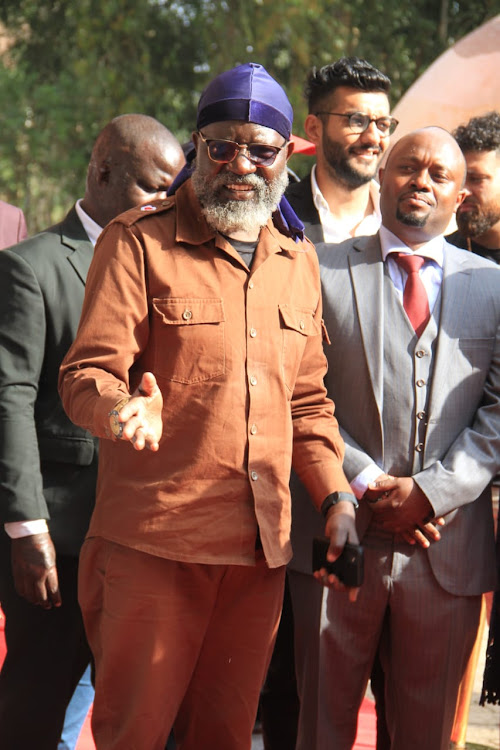 The Roots Presidential candidate, George Wajackoyah was yesterday the victim of inappropriate touching by a person while on the campaign trail.

The sexual harassment was captured in a now-viral video that shows the candidate being interrupted mid-speech when a person who was below the dias stuck out their hand and touched Wajackoyah below the waist.

The charismatic politician instantly stopped his speech in shock with his bodyguards and entourage instantly looking into the crowd to see who had committed the troubling act.

But Wajackoyah took the inappropriate action like a champ and made light of the action saying in Kiswahili,

Wajackoyah touched inappropriately by a fan.

Funny thing is that Kenyans didn't react as one would expect. Our fellow countrymen decided to see the 'funny' side (as had Wajackoyah) of the whole video referring to the Roots Party leader's Tingiza Mti motto and saying that the harasser was just following the script.

Some of the comments are below;

Wajackoyah seems to have brushed off the disappointment of not being allowed to debate Ruto and (Raila if he had attended) at the presidential debate on the same stage.

He has recovered splendidly and has been campaigning in places you will not see most presidential candidates go to, like in the story below;

Roots Party presidential candidate George Wajackoyah was Thursday campaigning in the Central Business District during the day.
Politics
2 weeks ago

Rrecently, Wajackoya posted a Bentley onlione and everyone could not keep calm.The price was estimated at sh38milllion
Politics
2 weeks ago
WATCH: For the latest videos on entertainment stories