Hussein Mohammed said that the crucial opportunity for hosting the deputy presidential debate was laid to utter waste.

• The UDA communication team noted regrettably that much time was spent on discussing personalities and not relevant issues.

•Even though the Deputy President will attend the debate they noted that time should be allocated to pressing matters and they should have the timeframe before hand. 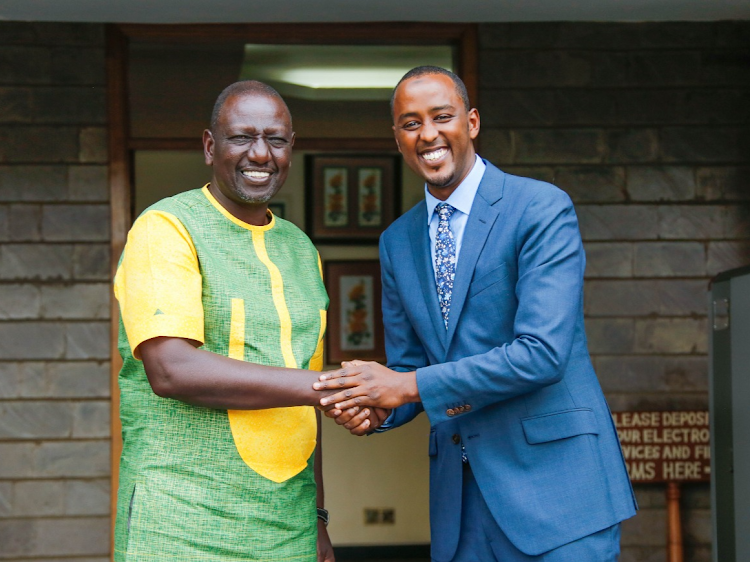 The UDA's Director of Communication, Hussein Mohammed, put the word out officially that they were not impressed with the previous deputy president's debate.

The former news anchor stated that an ample amount of time was used up on 'non-issues' living matters of importance undealt with.

"We note with dismay that an overwhelming allocation of time was devoted to canvasing personalities, political relationships, and similarly trivial pursuits.

At the expense of the issues that Kenyans demand and deserve to know from the campaigns.  We regret to note that the crucial opportunity was therefore laid to utter waste."

Some Kenyans on Twitter were in agreement with the statement while some were not buying into it, saying that's what they needed.

@petruccio wrote; Kenyan media want to infantilize this debate. Reduce it to personality issues. The country wants to hear what each candidate will do on the substantive issues.

@MechaMokua: We already have manifestos. Debates help bring out something not captured by those documents. Personality is key.

They said that though their Presidential candidate was attending the debate, they had a catch to it in a bid to avoid a repetition of what happened with Rigathi Gachagua.

"We expect that the moderators will allocate equal time to issues affecting Kenyans and equally allow candidates a fair opportunity to address them."

The much-awaited presidential debate is set to take place on 26th July 2022.

After the much-discussed deputy President's debate, Gachagua was trending for the better part of Wednesday as 'Riggy-G'

In case you missed out on it, the nickname was invented during the Deputy Presidential debate when he left many in awe with his debate skills and his articulation of the Kenya Kwanza's game plan.

In attendance were all four Deputy Presidential candidates, Justina Wamae, Ruth Wambui, Rigathi Gachagua, and Martha Karua where they all engaged in a debate to sell their agendas.

Every candidate came armed with facts and manifestos ready to win over voters and what followed was blow after blow of strong opinions, counterattacks, and hilarious jabs directed at their opponents.

Definitely looking forward to the Presidential debate, with much anticipation.

Mammito and Njugush went political with a parody of this week’s deputy presidential debate showcasing how funny Gachagua and Karua behaved.
Entertainment
3 weeks ago

What is state capture exactly?
Politics
3 weeks ago
WATCH: For the latest videos on entertainment stories