Azimio family was happy with her performance.

• Your poise, mastery of subject matters, and staying calm even when provoked were impressive. 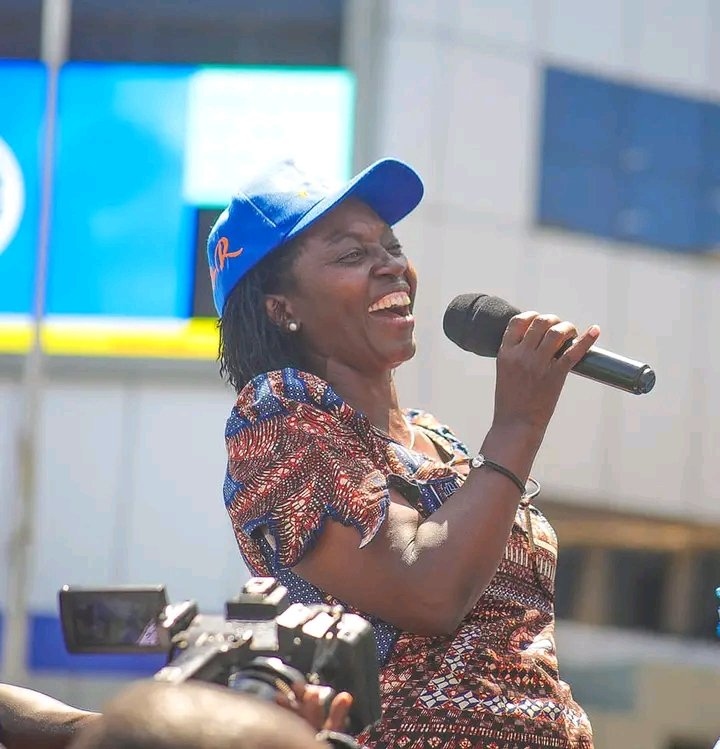 Raila Odinga, the presidential contender for Azimio, has expressed his pride in his running partner Martha Karua's performance in the debate.

In a statement on Wednesday, Raila complimented the former Justice minister for her elegance and command of the issues brought up in the discussion.

Raila said that the  Azimio family was pleased with her performance.

"Your poise, mastery of subject matters, and staying calm even when provoked were impressive. I congratulate my able deputy and team member Martha Karua. The Azimio family stands proud of your performance during last night's debate. Keep selling," Raila said in a tweet.

Karua faced off with Kenya Kwanza deputy presidential candidate Rigathi Gachagua in the second part of the presidential debate that lasted 90 minutes.

She reacted to her captain's compliment in a tweet.

In the debate, Karua exhumed confidence in his principal Raila Odinga's track record, saying that coupled with her record, they are best placed to take the country forward.

"I will be a deputy president who is respectful to the Constitution, the people of Kenya, of my principal and a person who will obey the rule of law, and do the best to support my captain to deliver for this country," she said

She noted that cases such as the deputy president publicly disagreeing with the President will not be seen in public as has been the case with the Jubilee government.

Karua noted that they will always sort their differences behind closed doors unlike President Uhuru Kenyatta and William Ruto, and that she will let Raila lead the country.

“Despite the fact that we have never been on good terms politically with Martha, she is a principled person." - Uhuru
Politics
4 weeks ago