Martha Karua was among guests who were expected at Olwenya's vigil

• Martha Karua is set to miss actor, Maina Olwenya's night vigil which will be taking place at the Kenya National Theatre on July 14th.

• The Azimio la Umoja running mate, Karua really wanted to attend but she will be busy on the campaign trail in Mombasa. 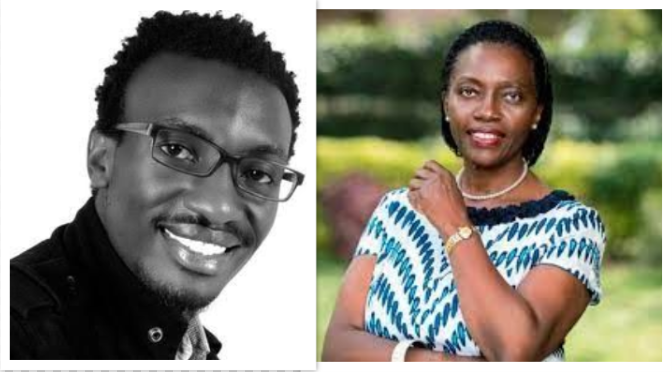 Martha Karua is set to miss actor, Maina Olwenya's night vigil which will be taking place at the Kenya National Theatre on July 14th.

According to human rights activist Boniface Mwangi who is a close ally of The Azimio la Umoja running mate, Karua really wanted to attend but she will be busy on the campaign trail in Mombasa.

In a message to the vigil's organizers, Bonnie wrote, "Martha Karua wanted to attend but she won’t be able to because she is in Mombasa campaigning and Njeri (Bonnie's wife) will bring her contribution as well."

He went on to send his condolences to the friends and family of the fallen legend, terming him as a 'giant in the industry'

"We lost a giant in the industry. My condolences to his friends and family. I’m currently out of the country but my wife will attend this evening’s vigil. She will bring our contribution. Olwenya was a friend to me and Njeri, as well as PAWA254," said Bonnie.

Despite being a politics and governance expert, Martha Karua who is also a social justice advocate who has held social activism close to her heart for over 30 years.

Celebrity acts such as Juliani, boy band Hart the band, Mustafa, Teardrops and Kareh B will be expected to perform during the ceremony.

According to the schedule, the organizers will screen a number of scenes from every movie and TV series Olwenya has ever featured in, as well as the last projects he had worked on including; Nairobi Half-Life, Mali, Wash and set, Shuga, Taliya, Poacher, Country Queen scene, Heartstrings.

The event will end with those in attendance laying candles in tribute to a superstar.

The late actor, Maina Olwenya will be laid to rest this coming weekend. The burial will be on Saturday 16th at his Grandfather’s home in Gacharaigu, Kangema- Murang’a county.

Beloved Kenyan actors who have died in the past few years

Kenyans have in the past few years lost talented actors, actresses, and media personalities to the grave.
Entertainment
4 weeks ago