Photo: UDA supporter tattoos 'Ruto the 5th' on her arm

Passion or obsession? UDA fan tattoos 'Ruto the 5th' on her arm

• A supporter of William Ruto led, United Democratic Alliance (UDA) party has gone out of her way to tattoo 'Ruto the 5th' on her arm.

• In a photo seen by Mpasho.co.ke, the female fan is photographed proudly flaunting her large tattoo. 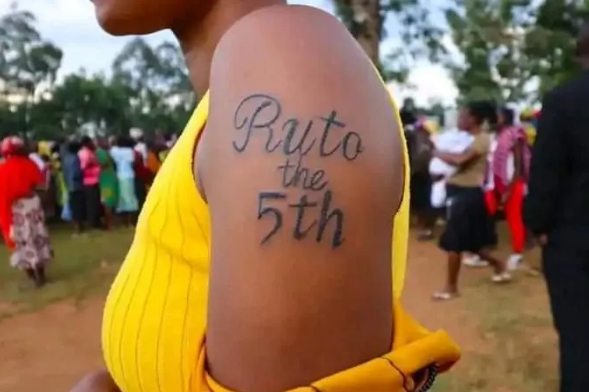 A supporter of William Ruto led, United Democratic Alliance (UDA) party has gone out of her way to tattoo 'Ruto the 5th' on her arm.

In a photo seen by Mpasho.co.ke, the female fan is photographed proudly flaunting her large tattoo.

She is seen rocking a yellow top and a yellow jacket, the official colors of the UDA political outfit.

Check out the photo below;

Is it obsession or just passion and support for her favorite presidential candidate?

Back in April, Diana Marua could not believe that a female fan had tattoed her face on her back.

During a visit to Githurai to see Rose Waithira, Diana was emotional when she meet her superfan.

"Rose did a tattoo of me on her back, and it was all over. So many people called her for interviews. I commented on her page and told her to allow me to breathe first because I could not believe it," Diana said.

"I was waiting for people to cool off from social media before coming to meet you, and finally, I am here, so speechless," she added.

Rose started following Diana from the first day she opened her first YouTube channel, and according to her, Diana is blessed with a giving and loving heart, something she has always wished to have.

"I have the same loving and giving heart but would wish to be more like you," Rose said. 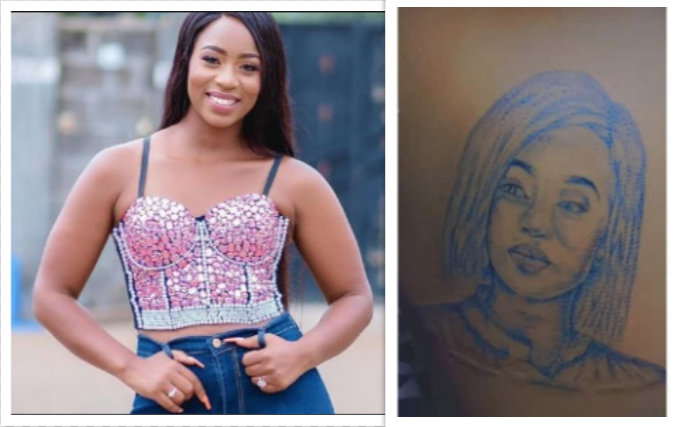 Diana Marua and a tattoo resembling her face

4 years ago, an Otile Brown superfan tattooed the superstar's name 'Otile' on her hand before following it up with another tattoo of the whole Otile Brown name.

She has a tattoo on her hand next to the one of his name which is a copy of a picture he took. 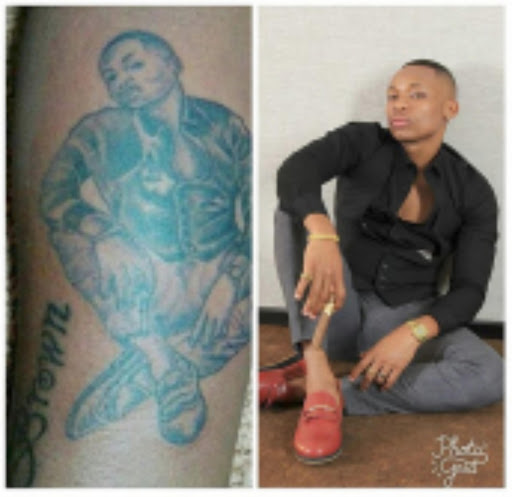 Fan tattoos a copy of Otile Brown's photo on her hand

One Harmonize's super fan is another victim of people with crazy tattoos.

A few months ago when the Konde Gang CEO was struggling to try and win over Kajala's heart,

One of his loyal fans took an initiative and wrote an apology letter tattoo to help beg Fridah Kajala to forgive the artiste.

Kajala had dumped Harmonize when she found out he was propositioning her teenage daughter. The tattoo partly read,

"My sister Kajala. Your presence to him is so important in his life. I beg that you forgive him, give him another chance in your heart Kajala. Hamo still loves you so much, we need you back so that we can build the family together."

Check out the photo below; 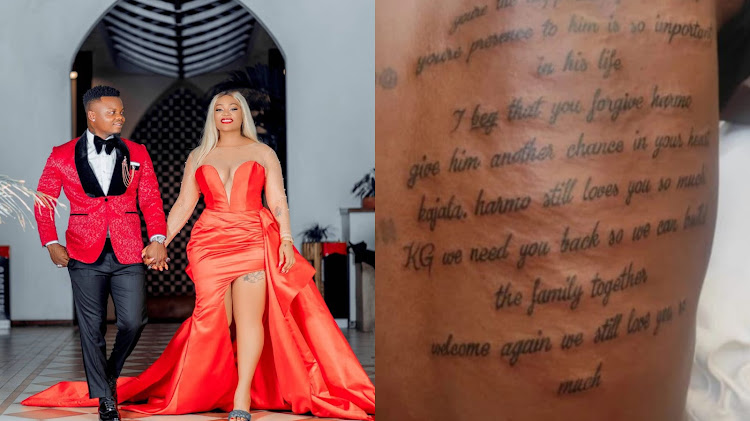 Other celebrities to have their names tattooed by their fans include; Abel Mutua, King Kaka, Tanasha Donna, Willy Paul among others.

Kamene credits all the success she has to her mum.
Entertainment
8 months ago

Video: Madonna gets her third tattoo