The gubernatorial debate will be aired on Mpasho, The-Star, and RadioJambo

• Sakaja and Igathe are the frontrunners at the moment according to most polls.

• The debate might see one of the candidates reach undecideds who still arent sure who they are voting for. 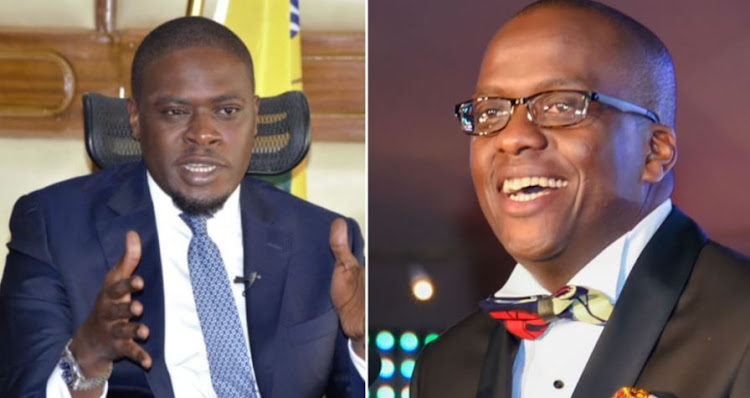 The Nairobi gubernatorial debates will take place today. Mpasho has the pleasure of airing the debates live on its site.

But who are the 9 candidates who are vying to lead Kenya's biggest city? Meet them below;

He is most known as a Kenyan insurance executive and businesswoman. She was born in 1974 in Nyeri County, Kenya.

Party: Independent (Formerly belonged to Jubilee Party before the ticket was handed over to Polycarp Igathe)

Education: Agnes Kagure started school at Tetu Girls' primary school before proceeding to Kangubiri High School where she obtained a Kenya Certificate of Secondary Education. She flew to Thailand to study at the Chiang Mai Rajabhat University where she graduated with a Bachelor of Arts degree.

Mr.Denise Kodhe is a seasoned journalist who has worked for both local and international media in Kenya and in Africa for several years. He has worked as a diplomat with the African Union in -charge of an Organ and as Director-General of the Institute for Democracy and Leadership in Africa (IDEA for Africa).

He is a philanthropist supporting orphans and needy children at Saidia Furaha Children’s Home.

Notable Positions: ECOSOCC (The African Union Economic, Social and Cultural Council) Presiding Officer, Executive Director for Institute for Democracy and Leadership in Africa which he established

Seems to have been Esther W. Thairu-Otieno in a prior life and may have been an Operations Manager at Msingi East Africa (now Gatsby Africa).

Mr. Grewal is also from a tech background with areas such as AI of special interest.

Notable achievements: He represented the country in The Kabadi World Cup in 2019.

Founding chairman of The National Party (TNA) in 2012,

Elected Senator in 2017 under the Jubilee Party.

Office: Senator of Nairobi County since 2017

Sakaja landed his first job at the age of 19 years at Pricewatercoopers (PwC) for one year.

At the age of 26, he helped in the formation of The National Alliance Party (TNA), becoming its first chairman. This led to his nomination to Parliament in 2013.

Vied and won the Nairobi Senator seat under the Jubilee Party.

Is a Data Analyst and registered nurse, largely based in the US.

Nancy Wambui has been a Real Estate Developer at Costa Homes

✓ Jobs for the youth

She says she studied at Punjabi University.

Polycarp is a Kenyan businessman, politician, and corporate executive, He acts as the Chief Commercial Officer in Equity Group Holdings. He had earlier served as the Vice President in charge of Sales and Marketing in Vivo Energy Africa. Before that, he had served as the Chief Commercial Officer of Equity Bank Kenya, between May 2018 and September 2018 when he was later promoted to the Managing director position.

University of Nairobi (Bachelor of Arts in Economics & Sociology)

Straight out of the University of Nairobi in 1995, Igathe was employed in Australia as a

Straight out of the University of Nairobi in 1995, Igathe was employed in Australia as a

Formerly ICT Director, Kenya National Bureau of Statistics, seen here on a visit to the Swedish statistics agency in October 2015 (second from right)

The President of Kenya appointed Polycarp Igathe to chair the Anti-Counterfeit Agency in 2015, where he served for a year. He was then appointed chairman Special Economic Zones Authority of Kenya in October 2016.

Igathe was elected to the position of Deputy Governor Nairobi City County in the 2017 general elections on the Jubilee political party ticket, as Mike Sonko's running mate. He resigned abruptly on 12 January 2018, citing lack of trust from his boss.

Click on the video link below to stream the debate as it airs live tonight;