Alai and Sonko went at each other no-holds-barred style

• Robert Alai started the beef when he accused Mr. Sonko of running his Mombasa club poorly. 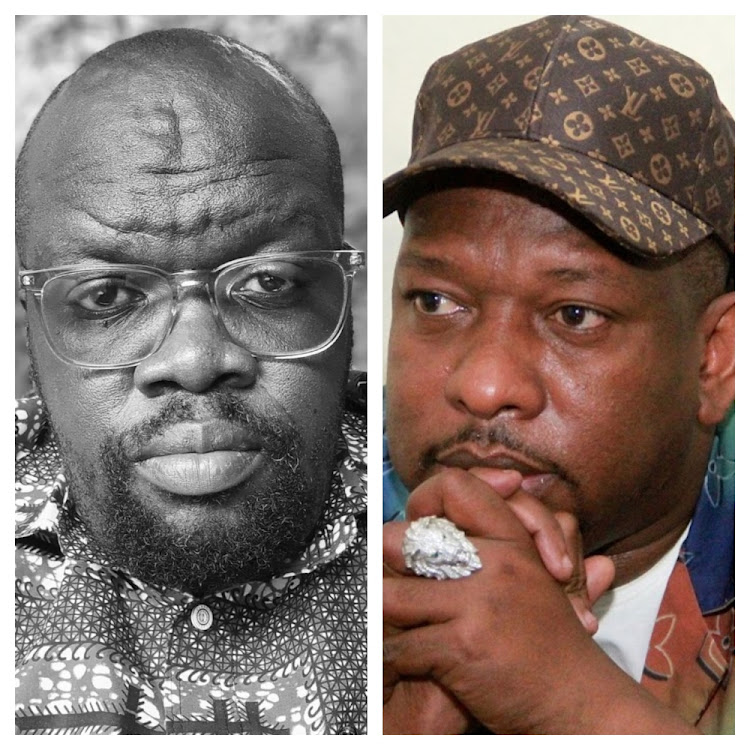 Sonko vs Alai in a collage
Image: Courtesy

Controversial blogger, Robert Alai has taken to social media to accuse former Nairobi Governor Mike Sonko over allegations to do with his club operations.

The Kenyan blogger and cyber activist kicked off a storm when he decided to take on Sonko’s club operations as he alleged that the former Governor of mistreating his employees.

That then began a back and forth between the two on social media with no quarter given with Alai alleging that Sonko was conman.

He urged the former Nairobi governor to pay his employees, claiming that Sonko hadn't done it for three months in succession.

And that wasn't all, Alai, claimed that Sonko had also added working hours for the employees which used to be from 8:00 am to 5:00 pm.

Alai claimed that the employees were now been forced to work from 6:00 am to 6:00 pm in the evening.

Sonko however didn't take Alai's accusations lightly, going hard at the Kileleshwa MP candidate despite the fact that they are both from the same coalition.

The former told Alai to go brush his teeth first before criticizing the blogger for 'forcing his workers to work from 6 am to 6 pm' and told him, "There's no nightclub that operates during the day."

Former Nairobi Governor, Mike Sonko has never shied away from issuing a controversial viewpoint
Entertainment
2 months ago
WATCH: For the latest videos on entertainment stories

Ringtone gets emotional in court