• Mike Sonko explained that Conjestina's family had appealed for his help. 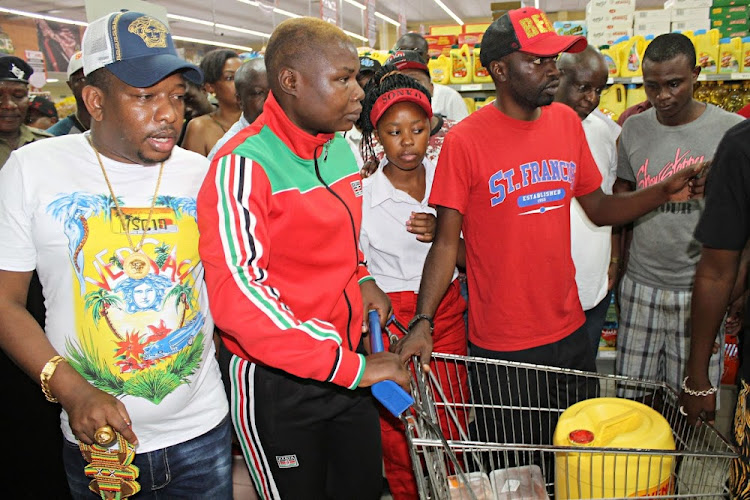 Former governor of Nairobi, Mike Sonko, has dispatched one of his vehicles to Siaya County to pick up Conjestina Achieng after an appeal from her son, Charlton.

Sonko revealed this in a statement on Saturday while castigating the country's leadership for 'campaigning' while ignoring the suffering boxing legend.

"Our leaders are busy campaigning while one of our shujaas who once made this country proud is currently languishing in poverty and needs help due to her ill health."

"I have singlehandedly helped her before, taken her to various hospitals and rehabilitation centres including Nairobi County rehabilitation centre in Parklands, Diani Beach among others where she gets full recovery and discharged, then when she gets back to shags after a while gets worse again."

He explained that Conje's family believes that the former pugilist needed prayers with the Mombasa mayoral candidate adding that he was prepared to comply with the family's request and continue to support Conjestina.

"Through her son, the family believes she needs prayers and is proposing taking her to Pastor Ezekiel. They have been appealing for help but none of our leaders has heeded to their cry. However, despite my busy court schedule and tribulations, I have decided to continue helping her including taking her to Mtumishi prophetess Mary Kagendo for prayers," he noted.

Sonko, the knight in shining armor then said that he had promptly sent a car to get the former athlete.

He also asked for well-wishers to help him to assist a legend who made Kenya proud on so many occasions in the past.

Sonko's move comes a few days ago after depressing pictures of the former boxer trended on social media, and many users expressed their displeasure at her present-day state.

Where are they now? Celebs who disappeared from the spotlight

These Kenyans once had it all and poof!it was all gone and went completely broke.
Lifestyle
5 months ago

Memories of her glory days are always fresh in Conjestina Achieng's head.
Exclusives
11 months ago
WATCH: For the latest videos on entertainment stories