The tables have turned! KOT roasts politicians over degrees 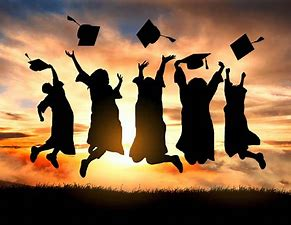 Ordinary Kenyans are being treated to such theatrics as the drama over politicians' fake degrees continue.

Many of the KOT members are noting the system has unfairly targeted Kenyan job seekers by demanding proof of a degree yet politicians have been getting away with it.

Nairobi Gubernatorial UDA candidate Johnson Sakaja is being investigated if he is part of an international crime syndicate following the controversy surrounding his degree certificate.

In a statement on Friday, Sakaja insisted that no form of intimidation will change the will of the people of Nairobi to have new leadership.

“Threats of arrest and persecution by the state will not intimidate us or change the will of the people of Nairobi. Our resolve remains firm,” he said on Facebook.

Sakaja added, “Bwana DCI Kinoti, I'm at my Riverside office, Karibu or let me know if you'd like me to come over. Our office will not install a project on the people of Nairobi.”

Sakaja’s candidature for Nairobi Governor has been hanging in the balance after four complaints were filed with the IEBC Dispute Resolution Committee challenging the credibility of the academic papers he presented to the commission for clearance.

Even Azimio One Kenya presidential candidate Raila Odinga has not been spared. His degree is being scrutinized by KOT who think they can tell a fake from a genuine degree.

We sample some below:

@egesicha_When Sakaja asked Wangui " you you'll be?" I knew there's no degree there.😅

How I'm understanding this Sakaja drama

Kenyan brands riding on this degree chaos without missing a beat. 😂😂😂 pic.twitter.com/pK1dvHyaIJ

Wajackoyah watching Sakaja struggling to prove he has a University degree pic.twitter.com/x4438EdpZY

"Being a Luo alone is already a Degree"
😂😂😂😂Naisha

'I have no degree' Maina Kageni boldly declares

Despite dropping out of university in the UK Maina Kageni is among the most sought after Radio presenters.
Entertainment
2 weeks ago
WATCH: For the latest videos on entertainment stories