• Wahu maintains that a good leader needs to possess honesty, integrity and diligence.

• Wahu says it is high time we rethink that requirement because it doesn't necessarily mean those qualified will make great leaders. 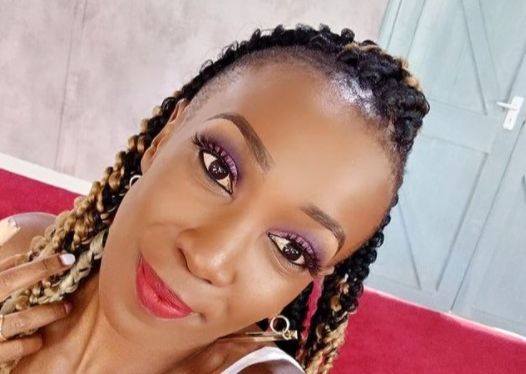 Wahu Kagwi has given her two cents regarding the ongoing tussle between courts, IEBC and some of the politicians regarding the legitimacy of their university degrees.

Sakaja is one of the high-profile politicians who has found himself in a back-and-forth tussle regarding whether he indeed graduated from the Team University.

As a Gubernatorial candidate, the Independent Electoral and Boundaries Commission (IEBC) has always maintained that anyone vying for the positions of President, Deputy President, Governor and Deputy Governor is required to have a university degree.

However, just like many Kenyans, Wahu says it is high time we rethink that requirement because it doesn't necessarily mean those qualified will make great leaders.

She argues that even those qualified, most of them have known corruption cases.

Taking to her Facebook Mrs Mathenge wrote, "We're out here making it a big deal whether or not a politician went to uni or not as a qualification to run for office, yet so many of those who are vying have known corruption cases. We need to reprioritize! A university degree is not proof of leadership acumen."

Terming it as an 'old school mentality' the 'Sitishiki' singer maintains honesty, integrity and diligence are among the things that should be observed for a potential leader in our society.

"We have so many smart people with great leadership skills that have even dropped out of primary school for one reason or the other."

She further added, "Who are we to judge their reasons? Honesty, integrity, diligence, and a track record of good leadership in whichever sector one is involved in, are some of the things I would love to see us focus on. #mytwocents God bless Kenya. God remember Kenya. God guide Kenya.

As expected, her post elicited mixed reactions with some supporting her point while some insisted that leaders should have legit degrees.

Oketch Elvince: we don't care, integrity should be the number one priority when becoming a leader

Gitau Njoroge: In fact, the most important chapter in the constitution is chapter six. This is the heart of good governance and all the other chapters are pegged on it. When we will have leaders who observe this chapter we will be a first-world and a very democratic one.

Khamy Ndirangu: They prioritise degrees more than integrity. 80% of those vying are involved in corruption but even EACC won't question that.

Do you agree with Wahu? Is it high time we shifted our energies into looking at other attributes of a leader apart from their educational qualifications?

"I got a D+ in KCSE Kiswahili! Mazé iyo kitu ilinisimbua!!" - Wahu revealed.
Entertainment
1 month ago

From Azziad to Mkurugenzi: Celebrities who own fashion brands
Entertainment
1 month ago